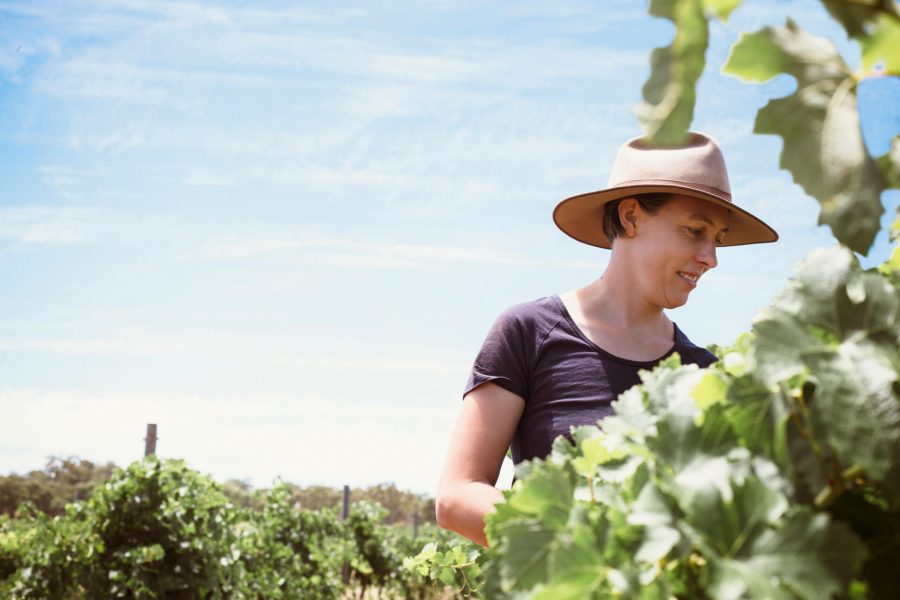 Occam’s Razor could perhaps be alternatively expressed as the KISS principle (“Keep it simple, stupid”) and is appropriately applied to winemaking.

“Less is more” is another one. Minimal intervention is the rule.

The Laughton family of Jasper Hill were among the pioneers of the Heathcote region and are bemused that there are now 50-odd wine producers in their region, competing for the consumer dollar.

Jasper Hill’s Ron and Elva Laughton have officially retired after 41 vintages and their daughter Emily McNally is now in charge, together with her husband Nick. But Ron and Elva’s low-intervention approach to their métier continues in the shape of their daughter. The vineyard is unirrigated and certified organic. There is a complete absence of interest in pumping up the grape yields, or extending the plantings to ramp up production.

Emily’s own wine is a shiraz named Occam’s Razor, made from bought-in grapes, and first produced in the 2001 vintage. Emily and her close friend Georgia Roberts also produce an excellent white wine also made from other people’s fruit: Lo Stesso Fiano.

But the main task is running Jasper Hill, which recently celebrated its 41st vintage, together with husband Nick who Emily describes as fulfilling a similar role to her mother Elva’s in relation to Ron.

“Dad was the one who was always the public face of Jasper Hill but Mum was a very important integral part of the business. She was involved in the vineyard, winery, cellar door, looking after customers and so on. Nick does that role in reverse for me. I couldn’t do what I do without him.”

Taking over a vineyard and winery from parents isn’t unusual these days.

“I’m taking over the winemaking role more and more. It’s been a long, slow process. 2015 was the first year I really started taking over. Mum and Dad were travelling in Europe, expecting to be home for vintage, but I had everything picked before they got back. The grapes couldn’t wait.”

The resulting 2015 Georgia’s Paddock Shiraz made it into Wine Spectator’s annual Top 100 Wines feature (she thinks the year was 2018). “So that helped!”

Emily is not qualified in oenology: she commenced a winemaking degree in 2003 which she didn’t finish. She trained as a primary school teacher, travelled the world and returned home in 2001, but she’s been ‘doing stuff’ in the vineyard and winery since she was a child.

“I didn’t grow up thinking I was going to be a winemaker. Second and third generation winemaker friends like Liam Anderson (of Wild Duck Creek) and Simon Osicka (of Paul Osicka Wines)… their desire for a wine career was greater than mine. I came into the business wanting to see the family business remain the family business, and I’ve grown to love it more and more. I’ve got friends who can remember all the significant wines they’ve drunk, and where and when, but I don’t remember those details, although I’ve had plenty of great wines. It’s the experience that matters most…who you’re with and where you were.”

Will there be any big changes at Jasper Hill?

“I don’t want to fix what’s not broken,” says Emily, at the same time acknowledging that although her parents have retired they’ll probably continue to ‘micro-manage’ the place.

The Laughtons do things their own way. They stay much the same while the region is blooming with vineyards and wineries. “We’ve just got our first set of traffic lights in town.” It’s not like the Yarra Valley.

“I like that about Heathcote. The majority of visitors come prepared; they come to see us on purpose, they make appointments.” They don’t just wander in by chance.

“They have genuine interest. They want to taste and they want to learn.”

I notice that the website mentions Jasper Hill is organic, but not biodynamic. It used to be biodynamic. 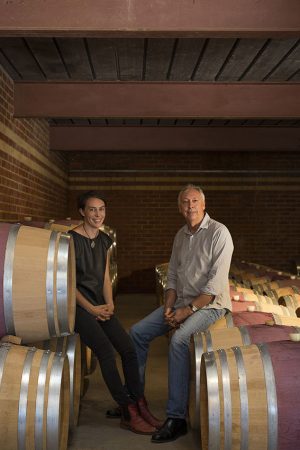 “I’m not religious in any way. There were some things in biodynamics I found difficult to comprehend. Biodynamics is good because it’s on the back of organic. It’s organics that is the good thing. If people using biodynamics make good wine it’s because they are so attentive to what they do. If I got sick I wouldn’t go to a naturopath, I’d see a doctor.”

While 2022 has been a godsend, with high quality wine and plenty of it, and the vines in good health, there have been several difficult years for Jasper Hill. Successive dry seasons resulted in poor yields and stressed-out vines. The unirrigated status of the 22 hectares of vineyards, which has been a cornerstone of the Jasper Hill philosophy, is now being questioned.

“We made a Georgia & Friends Shiraz in 2020, with some bought-in fruit, because our yields were so low. 2021 was a very small vintage too, because we had to spare the vines.”

After a drought, it’s normal to prune hard so that the vines don’t have to carry a normal load the following season while their reserves are depleted.

“Then 2022 was ‘Woo-hoo!’ A good quantity of wine and the vineyard is looking better than it has for years.”

However, the experience of the 2019 and ‘20 summers prompted Emily to put a dam in.

“If we have another summer like that, I need to keep the vines alive. I wouldn’t be irrigating to increase the yields, but to save the vines. So we don’t have another two years when we have to prune them back hard. We haven’t put irrigation in yet, but it’s possible we could do it in the future. There will be more dry seasons to come.”

Does she have a philosophical opposition to irrigating vines?

“I’d rather avoid it if I can. I see wine as a luxury item. We don’t need it to survive. What we do need is clean water and healthy food. Wine is a precious luxury. I have issues with irrigators who irrigate irresponsibly. We have to be responsible with our water.”

Amen to that. Keep it simple; try to make do with what nature gives you; don’t interfere if you don’t have to. Don’t fix what’s not broken.

It’s all part of the down-to-earth Jasper Hill way.