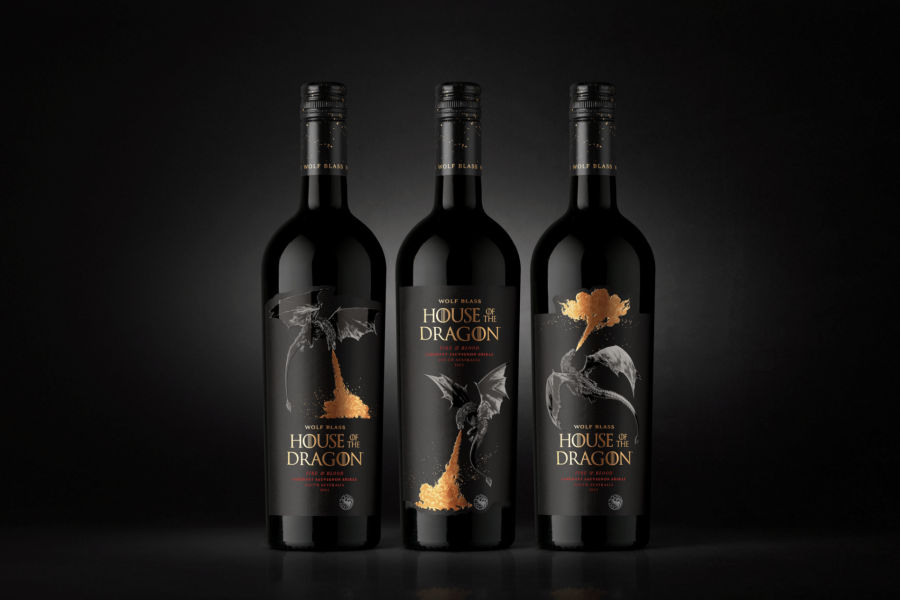 Declaration: I must be the only person in the universe to have never watched a single episode of Game of Thrones.

The makers of Game of Thrones have teamed up with Wolf Blass to produce a wine to coincide with an upcoming spin-off of the popular TV series.

The wine, launched into the shops on June 22, precedes the apparently much-anticipated HBO Game of Thrones prequel, House Of The Dragon.

More precisely: Warner Bros has teamed up with Treasury Wine Estates to produce a wine under the Wolf Blass brand titled House Of The Dragon Fire & Blood Cabernet Shiraz 2021.

The wine, launched into the shops on June 22, precedes the apparently much-anticipated HBO Game of Thrones prequel, House Of The Dragon. Err, does anyone know what a prequel is?

As one who decides what films to see by observing the length of the queue (the shortest queues correlate with the best movies) my first reaction to this news was to stifle a yawn. But that probably just reveals me to be a bit of a snob.

Game of Thrones is apparently “one of the most-watched TV series in history,” according to the press release.

The wine costs AUD $32 a bottle and is only available from Dan Murphy’s and BWS stores. It’s a blend of approximately equal parts cabernet sauvignon and shiraz from five South Australian regions: Wrattonbully, Barossa, Coonawarra, Langhorne Creek and McLaren Vale.

It’s been released exactly two months prior to the global airing of the program on Foxtel and Binge on August 22.

Before I go there, I have to admit I signed a statement swearing not to breathe a word of it to anyone before the starting gun was fired. It’s the first time in nearly 40 years of reviewing wine that I’ve had to do that. So the expectation was high.

It’s a well-made wine as we’d expect from Wolf Blass, not oaky in the traditional Blass style but fruit-driven, nor especially powerful, but soft textured, easy drinking and just a little raw and simple.

As for my claim that the best films have the shortest queues, The Big Lebowski, The Shawshank Redemption and The Hudsucker Proxy were all box-office flops.

I rest my case.