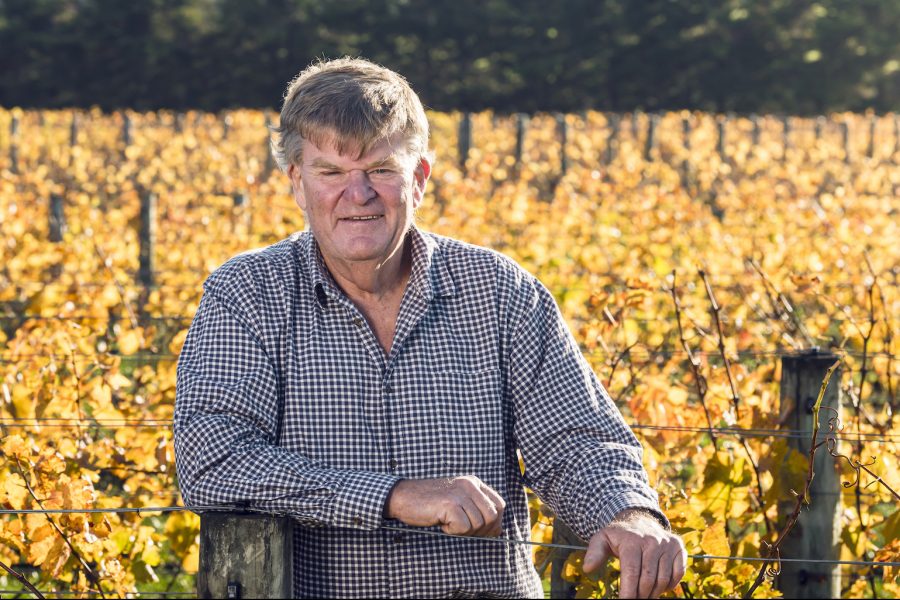 Well-known and highly-respected winemaker Larry McKenna has resigned his position as founding winemaker and CEO for Escarpment Wines after 23 years at the helm. Larry plans to spend the winter in Australia before returning to New Zealand to do some wine consulting.

“I have still got plenty of energy and believe I can continue to be involved in the wine industry.”

I have always referred to Larry as Mr Pinot and he certainly led New Zealand pinot noir out of the wilderness and on the path to international success that it enjoys today.

Larry graduated from Roseworthy Agricultural College in 1976 and has four decades of winemaking experience under his belt. After travelling for a stint through Europe sampling the wine culture, he ‘cut his teeth’ at Delegat’s Wine Estate.

Since 1999, Larry has been managing partner and chief winemaker for Escarpment Wines—a green-fields project for which he was the mind behind. Escarpment was established with a simple aim: to continually produce the very best of tomorrow’s definitive New World wines. The Escarpment wines aim to reward wine lovers with progressive and suggestive wines that encourage them to venture to the edge of wine loving and appreciation.

Wine judging in New Zealand, Australia and Hong Kong for over 25 years, including chairing the International Chardonnay Challenge, the New Zealand International Wine Show and the Bragato Wine Awards, has been an integral part of his career.

Larry takes a collaborative approach to winemaking and believes in sharing his knowledge and understanding with fellow winemakers to ensure collective learning and progression occurs. He was instrumental in establishing the Southern Pinot Noir Workshop in 1991, which continues to this day.

I have always referred to Larry as Mr Pinot and he certainly led New Zealand pinot noir out of the wilderness and on the path to international success that it enjoys today, but he is equally passionate about chardonnay not to mention several other varieties. Larry has made and will continue to make, a great contribution to New Zealand wine.