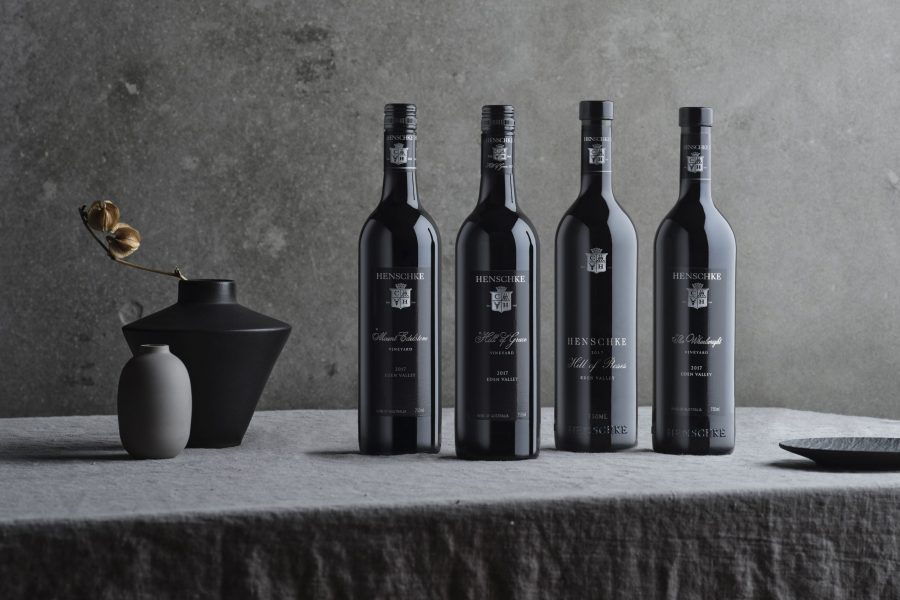 Today the embargo is lifted on the 2017 Henschke Hill of Grace, a truly great vintage of this wonderful wine, and three other top Henschke shirazes from the 2017 vintage. They are Mount Edelstone, The Wheelwright and Hill of Roses. All are produced from Eden Valley vineyards owned by the Henschke family.

The oldest vines for Hill of Grace were planted in 1860 by Nicolaus Stanitzki, a Henschke family ancestor.

The year 2017 was a cooler season and later harvest, the last grapes being picked in mid-May. Spring rain and wind delayed flowering, although happily the yields were around average.

Altitude: 500m. Made from old-vine shiraz planted in the Henschke Eden Valley vineyard by Cyril Henschke in 1968 to commemorate the centenary of the company. This is just the third release of this wine which celebrates the founder Johann Christian Henschke, who was a stonemason and wheelwright. 16% new oak. (Vinolok) 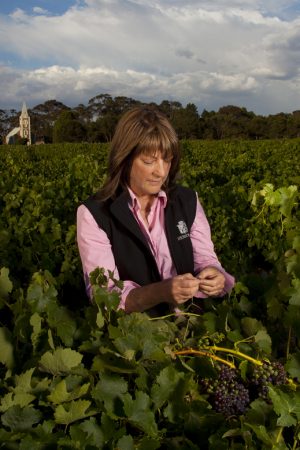 Prue Henschke in the Hill of Grace vineyard. Dragan Radocaj

Altitude: 400m. The first vintage of this special wine was bottled by Cyril Henschke in 1952. The vineyard, planted in 1912, was bought from the Angas family in 1974. It’s arguably the longest consecutively produced single vineyard wine in Australia. 26% new oak. (Screwcap)

Altitude: 400m. This is made from younger vines on a single block of the Hill of Grace vineyard, the Post Office Block, but they were 28 years old in 2017, which is hardly immature! However, the Barossa Old Vine Charter defines an old vine as at least 35 years old. The status Henschke accord this wine speaks for itself and points to an even more glorious future for these vines as they age. 25% new oak. (Vinolok)

Altitude: 400m. The oldest vines were planted in 1860 by Nicolaus Stanitzki, a Henschke family ancestor. Cyril Henschke produced the first single vineyard Hill of Grace wine in the 1958 vintage. The original vines, the ‘Ancestors’, are still the heart of the wine, augmented by a small quality from ‘Centenarian Vines’ (over 100 years old*) and ‘Old Vines’ (over 35 years old*), all planted on their own roots. 29% new oak. (Screwcap)

*As defined by the Barossa Old Vine Charter.

**The wines will be released on May 4.