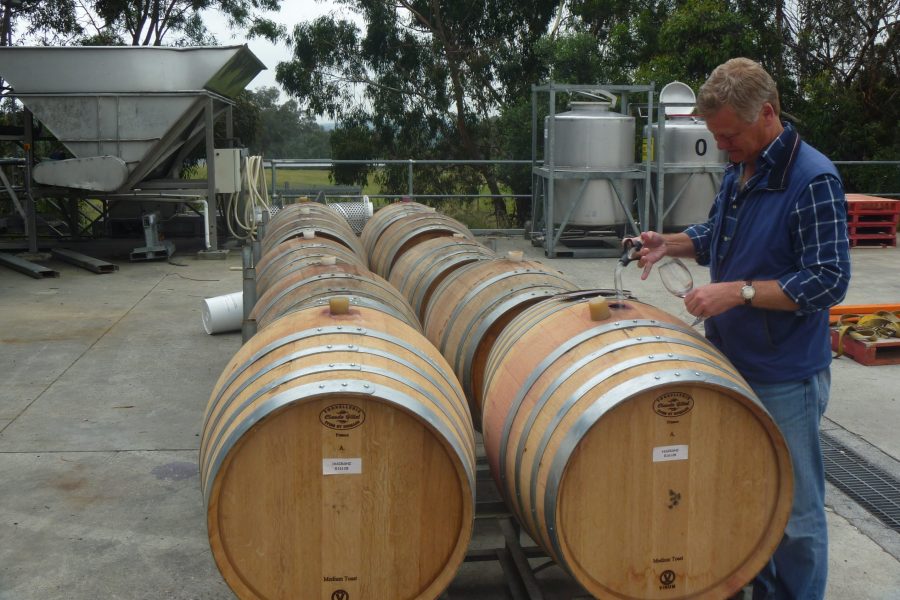 Most of the world’s best wines are matured in oak barrels to some extent, but the soaring cost of barrels is becoming a real obstacle. There is also a shortage of imported barrels, driven in part by the current global freight problems.

“Rather than turning barrels into pot plants after four or five years, we can turn them into a barrel that performs like a one to two-year-old barrel for between $100 and $150.” – Hugh Cuthbertson

A group of Australians have an answer to the rising cost of oak-maturing wine. It’s a way of rejuvenating used barrels that would otherwise end up being sawn in half and sold as flower pots at hardware shops.

RenewOak is its name, and long-time Melbourne-based wine producer and marketer Hugh Cuthbertson is its marketing director.

“It’s basically all freight. Importers say they haven’t put a cent on their prices.”

There’s a worldwide shortage of ships and shipping containers, and problems at connection ports such as Singapore.

“Rather than turning barrels into pot plants after four or five years, we can turn them into a barrel that performs like a one to two-year-old barrel for between AUD $100 and AUD $150,” Cuthbertson says.

There are quite a few alternatives to pouring wine into expensive French barrels, such as storing it in a stainless-steel tank with oak staves, chips, blocks or other oak-derived products. It’s widely done, but never gives the same result as a good barrel.

There are other ways to ‘renew’ used barrels, too, such as shaving the inside surfaces of the staves on a kind of planing machine. This necessitates dismantling the barrel and re-assembling it after shaving, which is time-consuming and expensive.

With RenewOak’s method, barrels don’t have to be taken apart. An abrasive mixture is poured in through the bung-hole, then the barrel is spun on a machine. The mixture, which includes crushed rock and glass, is rumbled inside the barrel, similar to the way gemstones are polished. “It’s like sanding a piece of timber.” The barrel is then steam-cleaned. 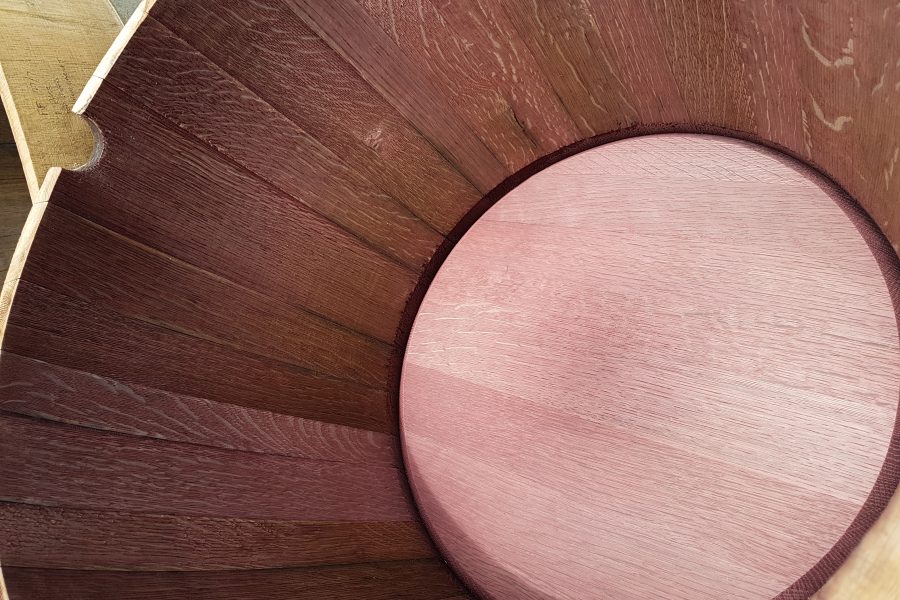 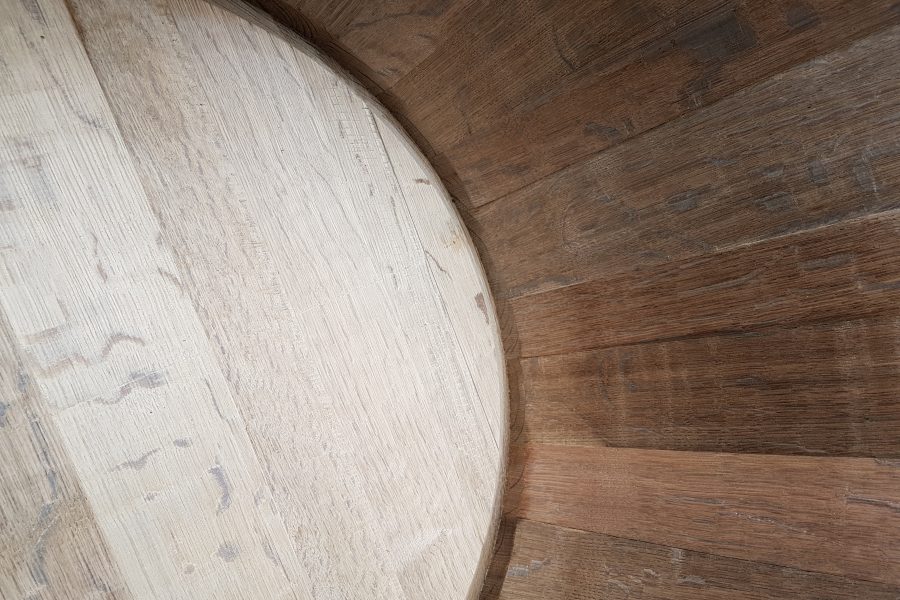 Cuthbertson says the method removes not only colour and tartrates and takes the timber back to fresh wood, it can also remove microbially infected wood. Their machines can renew 40 barrels a day and the more barrels, the lower the cost.

“Some wineries have saved one-third of their oak bill,” says Cuthbertson. “And the cost of making premium-quality barrel-aged wine has only gone one way in recent years.”

The best results they’ve had are with whites. Cuthbertson is putting his money where his mouth is, using renewed barrels for his own barrel-fermented Mornington Peninsula chardonnay and pinot grigio under the Mr Hugh label.

“The wines are more complex but they also have brighter fruit and more freshness.”

I tasted six red wine samples from McLaren Vale winery Chapel Hill that seemed to back at least some of RenewOak’s claims. There were three pairs of wines:

I didn’t taste any whites.

Among other wineries that have used the method are Yalumba, Medhurst and Fermoy Estate.

If it makes better wine, that’s good, and if it saves some oak trees, that’s also good. Cuthbertson laments:

“In France, they chop down an 80-year-old tree and make four barrels out of it. The rest is flooring or chips.”