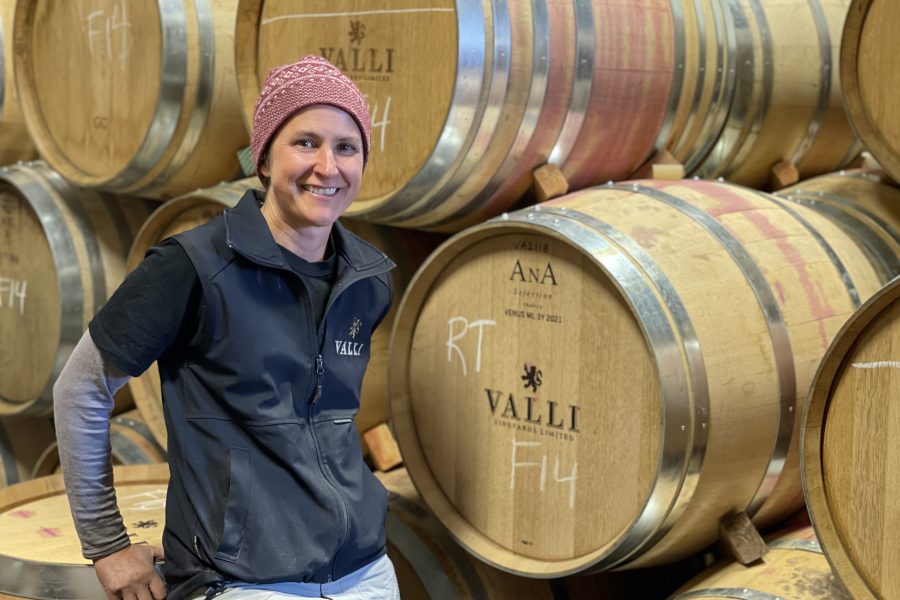 Jen Parr is winemaker at Valli Wine and acts as a consultant winemaker for several other Central Otago producers.

“First and foremost I think to be a good winemaker you really have to love wine and be passionate about the industry.” – Jen Parr

Jen grew up in Oregon not far from the Willamette Valley, source of some of North America’s best pinot noirs, although she had very little interest in wine until she went to Stanford University. After graduating she moved to London and settled into a successful career selling financial software.

Jen had been well and truly bitten by the wine bug. On impulse, she quit her job and moved to Gaillac in the South West of France to pick grapes.

Gaillac was one of two Grands Crus of Roman Gaul. Andrew Jefford wrote in Decanter magazine:

“As quality wine, it was a millennium ahead of Burgundy and 1500 years ahead of much of Bordeaux. The grape varieties are a complicated mix of indigenous varieties and French staples. The latter include muscadelle, sémillon and sauvignon for whites, and the two cabernets, merlot, syrah and gamay for primeur reds.”

When vintage finished Jen decided to try her hand in the Southern Hemisphere. She wrote to a few New Zealand wineries and was offered a job at Villa Maria. That was followed by a couple of vintages at Craggy Range before she moved to Olssens (now Terra Sancta) in Central Otago as assistant winemaker before being promoted to head winemaker.

Jen bought a house in Wānaka, got married to a Kiwi called Callum and landed a dream job as winemaker with Valli Wines. 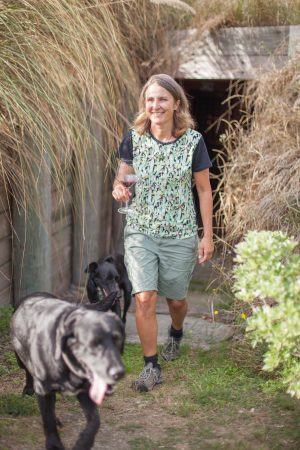 In 2020, Jen was chosen as Winemaker of the Year by Gourmet Traveller WINE magazine, a well-deserved accolade that recognised her contribution to the wine industry and particularly to Central Otago, her obvious passion for wine.

At the time, I asked Jen what qualities make a good winemaker.

“Humans play such a small but essential role in expressing time and place in a vintage of wine and it’s very important to remain humble and understand that there are larger forces in the universe at play (Mother Nature for one) and you are only one small piece of the puzzle.

“Generosity also goes a long way in wine industry—generosity of spirit as well as time. The evolution of the NZ wine industry is led by its people and I find it very rewarding to get involved outside the winery to help shape our future in some small way. I have found that if you give a little of your time and energy—you get ten times more in return.”

Jen admits that pinot noir is her main passion. While other varieties offer more immediate gratification she believes that pinot noir has the power to really engage your mind, describing it as a grape for intellectual hedonists.