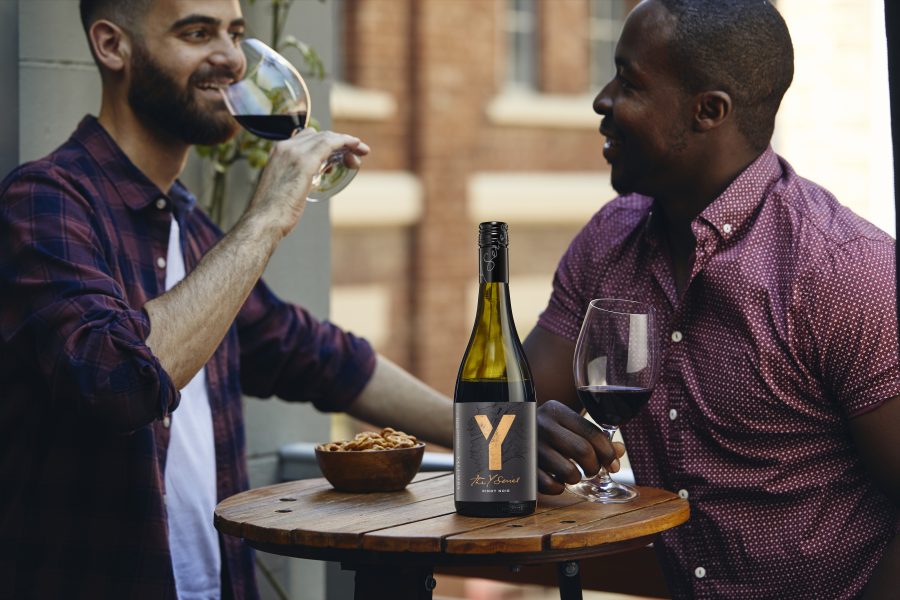 Pinot noir has a high degree of difficulty: whereas there’s any number of AUD $15 shirazes I’d be happy to sip, there are hardly any pinot noirs. But Yalumba is changing all that.

The 170-year-old family company has just released its first-ever pinot noir, the Barossa not being exactly pinot noir central. It’s hit the shelves wearing the Y Series label and the recommended price is AUD $15. It’s light and simple, but it’s also fresh, fruity and varietal—in other words, it tastes like a pinot—and it’s a really nice drink.

The other thing about most cheap pinot is that it tastes like the offcuts: the stuff that wasn’t good enough for the premium label. It can be a ripeness issue (green and nasty or porty ‘dead fruit’); it can be a faulty wine, or it could just be thin and dilute. Sometimes, it’s a weak wine that’s been bolstered by a few per cent of shiraz, which can make a big difference to pinot noir, but then it tastes more like shiraz than pinot.

Sometimes the winemaker has over-used oak (more likely chips than barrels) or stems in a forlorn effort to get some flavour into it.

But surely, rule number one in making an inexpensive pinot is to let the fruit do the talking. Don’t smother it with oak or other adjuncts. Release it young while it’s bright and fresh. This is exactly what Yalumba has done.

The Y Series Pinot Noir is a 2021 vintage—it was just grapes dangling on the vines six months ago—and no expensive oak has been wasted. In fact no oak at all.

“It was cool-fermented by wild yeasts, with a small percentage of whole berries, which is not so easy to do with machine-harvested fruit. And it’s unwooded.” – Sam Wigan

The wine is 100% pinot noir, winemaker Sam Wigan assured me. And it was ‘purpose built’: it was conceived to be what it is, rather than material declassified from a higher grade label. Or a lost dog wine, without a home.

Yalumba does have other pinot noirs, but they’re produced in Tasmania by a winery it owns down there: Dalrymple.

As Wigan told me, the fruit came from two vineyards in the Murray Valley, one at Blanchetown, which is on the river in the flat, low-lying country after you drop down to the plains from the Eden Valley. It’s not far from the Yalumba winery as the crow flies, but the grape-growing conditions are more Riverland than Eden Valley. The second parcel was from Qualco, a bit further up the Murray near Waikerie.

That meant fruit with more lifted aromatics, avoiding the stewed or jammy flavours that can afflict hot-climate pinot noir.

These regions are not ideal pinot table wine sources: their pinot probably goes mostly into cheaper sparkling wines such as Yalumba’s Angas Brut.

“Pinot in these areas is never going to be as varietal as in the cooler areas,” said Wigan. “But we picked it early, in the low to mid 13s (degrees Baumé), to keep freshness in the fruit.

“It was cool-fermented by wild yeasts, with a small percentage of whole berries, which is not so easy to do with machine-harvested fruit. And it’s unwooded.”

Perhaps surprisingly, Yalumba is looking for more growers who can supply pinot noir of this type in the Murray Valley, and even planning to graft some of its own vines over to pinot noir. “Lighter, brighter reds are in demand at the moment,” Wigan said.

The question remains: is pinot noir a suitable variety for the hot, dry Murray Valley, when progressive growers are moving to more drought and heat-tolerant varieties such as nero d’avola, montepulciano, fiano and greco?