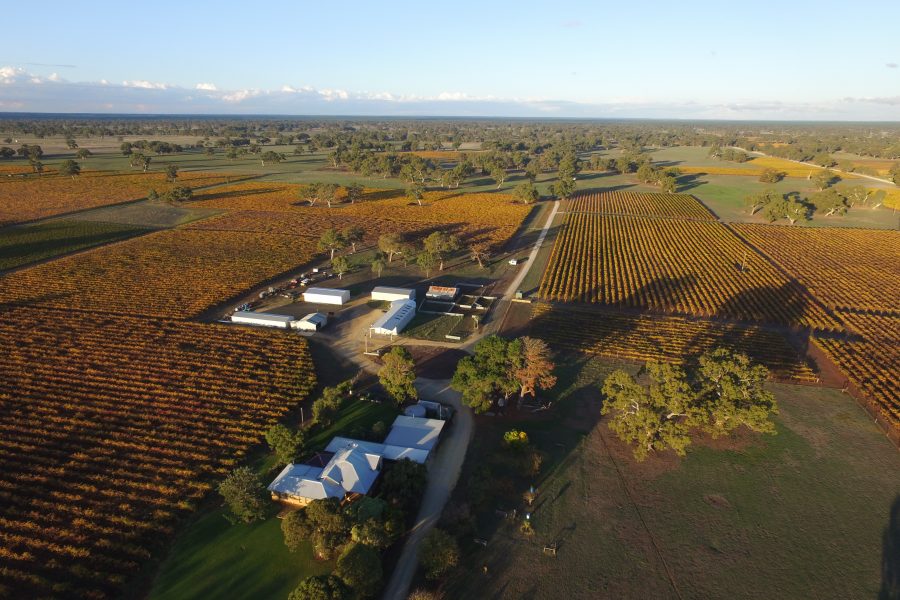 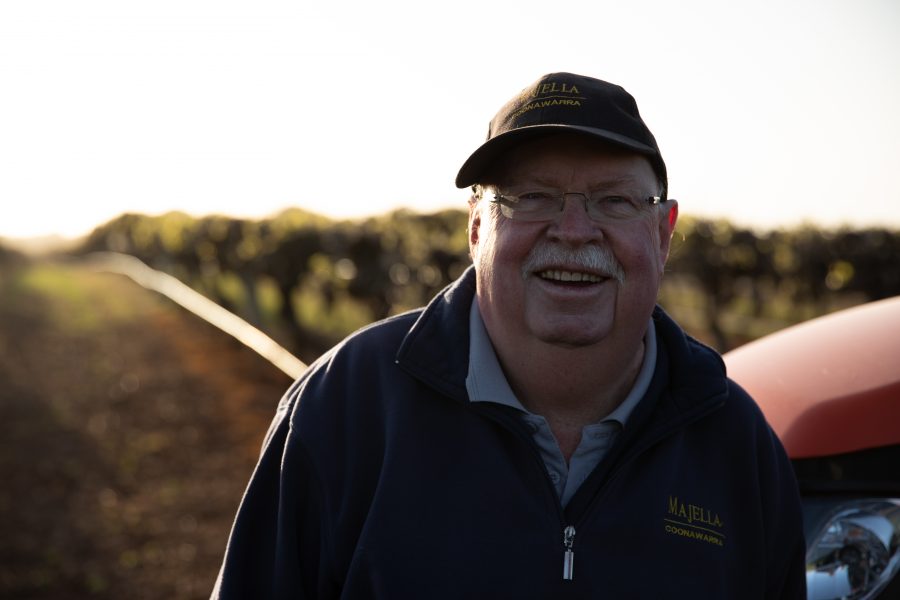 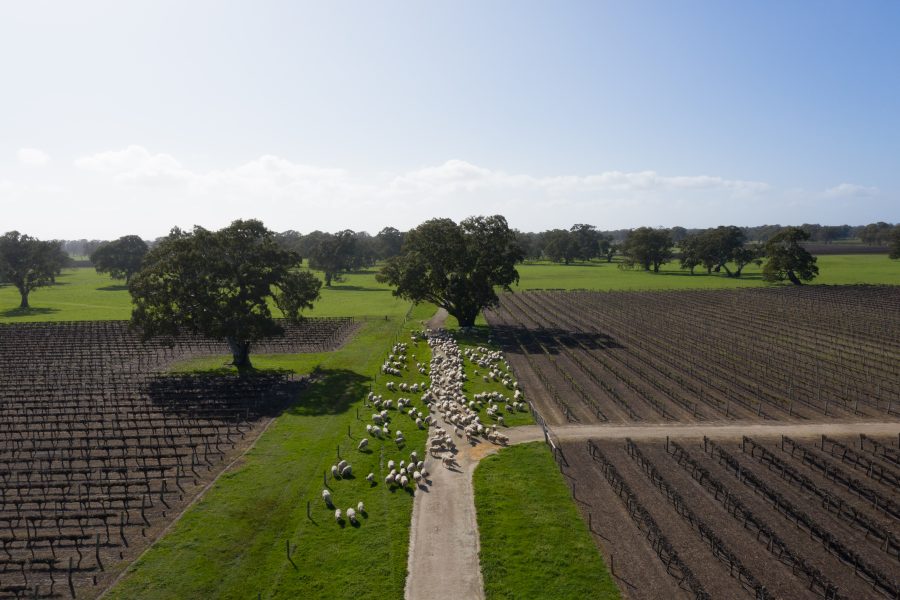 Sheep amongst the vines at Majella. Majella Wines 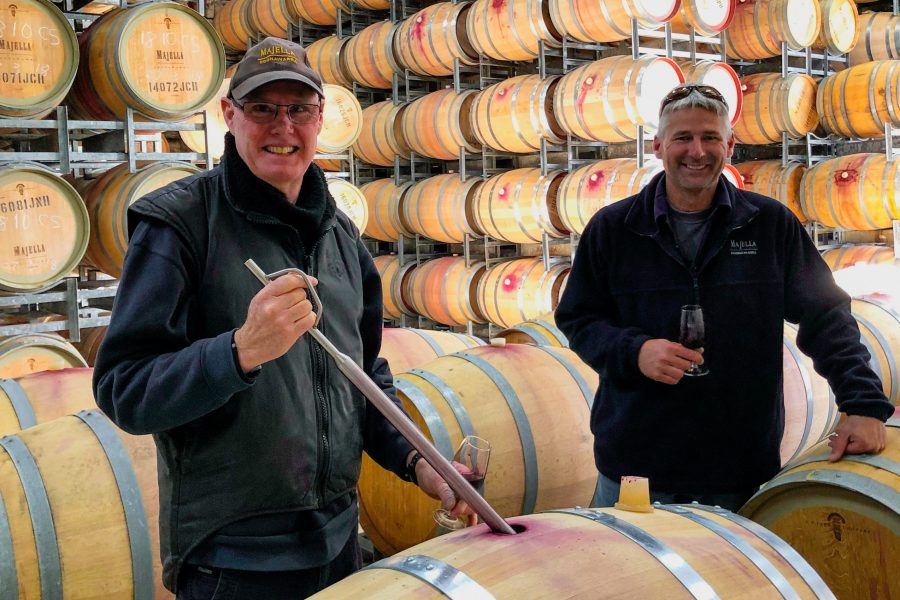 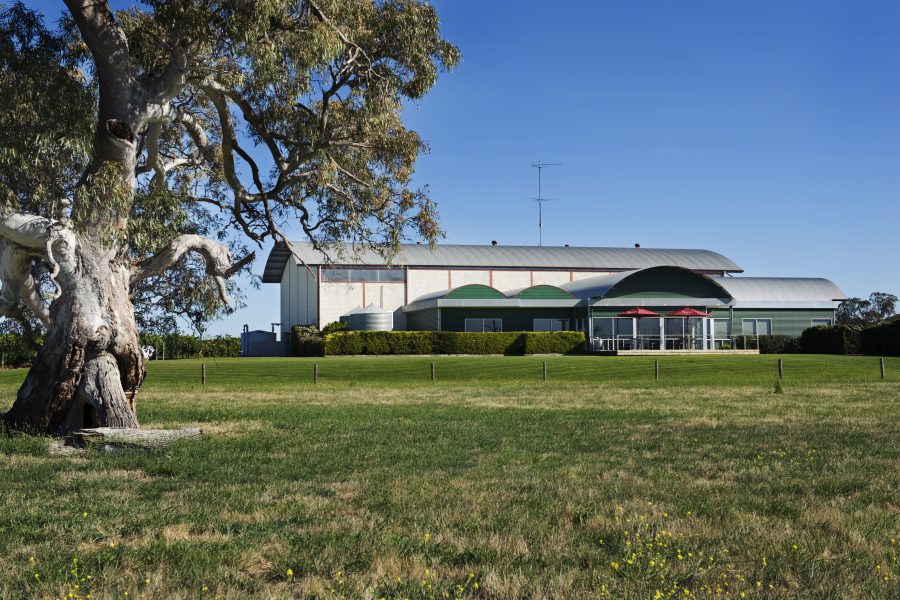 “Every bottle of Majella wine that’s ever existed was made by Bruce Gregory and grown on this property,” says Brian ‘Prof’ Lynn, co-owner of Majella Wines.

Their bread-and-butter wine is The Musician, which is regularly one of the best value wines in Coonawarra.

As a wine producer, Majella will be 30 years old later this year. Brian and his brother Tony started Majella in 1991, but their family has been farming in the Coonawarra much longer than that. They still run 3,000 to 3,500 ewes on the same property as the 170-hectare vineyard, which produces about 40,000 cases of wine a year.

Their bread-and-butter wine is an AUD $25 cabernet shiraz named The Musician, which is regularly one of the best value wines in Coonawarra. They also make cabernet sauvignon, shiraz, merlot, sparkling red, rosé and riesling. Prof reminds me that in 1976 there was more riesling planted in Coonawarra than anything else. How fashions change! Today, Coonawarra is 92% red grapes.

“Some new clones and some older clones,” he says. “You can’t stand still, you have to keep moving.”

In the 2018 vintage, Majella produced a new cabernet, a running-mate for The Musician named The Composer, an easygoing AUD $25 cabernet sauvignon designed for early drinking.

Like many family wineries that started 30 or so years ago, the next generation is getting involved at Majella.

“The kids are running the place,” says Prof.

“They still think I am, but I know they are. There are five cousins, my brother Tony’s daughter Nerys has been in admin for a long time now and his son Gerard is the farm manager. My son Peter is the marketing manager and my other son Steven is the vineyard manager. And another one is about to start. I’m not quite sure how they’re all going to get along!”

They’re fresh, bright wines with lots of fruit. And they age superbly.

Bruce Gregory is still chief winemaker and his assistant for the last eight or nine years is Michael Marcus.

I ask Prof what he does now.

“I can do the jobs I like doing and farm the rest out to the kids. I do a bit of farming, a bit of admin, and pretend I know what’s going on out in the vineyard.”

Majella is on V & A Lane, which is the unofficial dividing line between north and south Coonawarra, and the vineyard is on the eastern side of the main road where there are lots of eucalypts, which give the reds their distinctive trace of peppermint. They’re fresh, bright wines with lots of fruit. And they age superbly.

While thinking about this article, I pulled a trio of 1996 Majella reds out of the cellar—shiraz, cabernet and The Malleea, their premium cabernet shiraz blend. All had survived well, in spite of the fact that they were all cork-sealed. The Malleea was a bit musty but still a very good drink. My pick was the shiraz, which seemed to delight Prof, who shares my opinion that Coonawarra shiraz is under-sung these days.

When I opened those 25-year-old reds, I couldn’t help but chuckle at the cellaring recommendation on the website for the current vintage shiraz: 8-10 years.