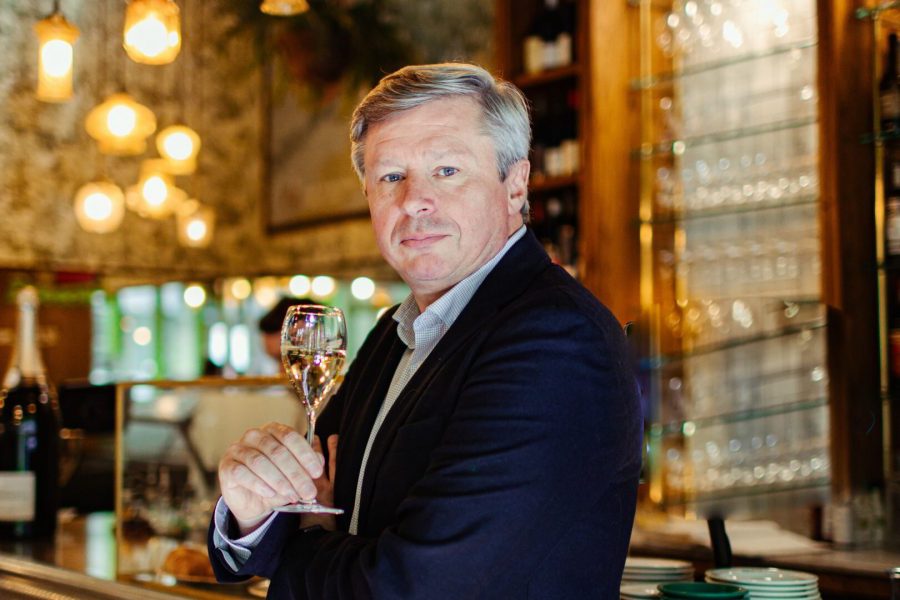 It’s rare for a Champagne house to toss out a successful brand and replace it with a completely new one. Especially when that brand was their non-vintage, their bread-and-butter wine.

But Louis Roederer has done just that. The long-running Brut Premier non-vintage has been superseded. It will be seen no more. What has replaced it is Collection 242, a new concept in blending a non-vintage or, if you like, multi-vintage, blend.

“The focus is not to make a consistent style any more. Now, the aim is to make the best wine.” – Jean-Baptiste Lécaillon

It’s named 242 because it’s the 242nd blend of non-vintage Champagne the company has produced. That’s one per year since its foundation in 1776. From now on, each blend will be numbered. “We blended the 245 a few months ago,” says chief winemaker Jean-Baptiste Lécaillon.

Lécaillon told the story in a recent Zoom meeting. The focus used to be on making a blend with the same taste, year after year. Apart from being a bit boring for the winemaking team, he said, it was very restrictive. The new concept brings greater freedom to the blending process.

“The focus is not to make a consistent style any more. Now, the aim is to make the best wine. The blend is no longer the goal but the consequence. It’s more like blending a vintage wine, the same idea: to make the best possible wine.”

He said the development of Collection 242 goes back to the 2002 harvest, which was outstanding in quality.

“It was so good across the board, so blending Brut Premier was a process of diminishing the quality to maintain the standard at where it should be. We thought ‘We shouldn’t be doing this. It should be as good as the vintage’.”

Lécaillon is one of the frankest of Champagne winemakers. He admitted that the 1970s were a poor period for Champagne.

He said that when Brut Premier began in 1986, it signified leaving the 1970s behind, a period of harvesting grapes at low ripeness (he could probably have also mentioned excessive yields), when the dosage (sugar added to the wine after bottle-ageing) was high in order to balance the green or unripe elements—as much as 12 grams per litre at times.

“These days the grapes are harvested at an average 2 degrees of potential alcohol higher than they were in the 1970s. The challenge now is to give freshness to ripe grapes.” 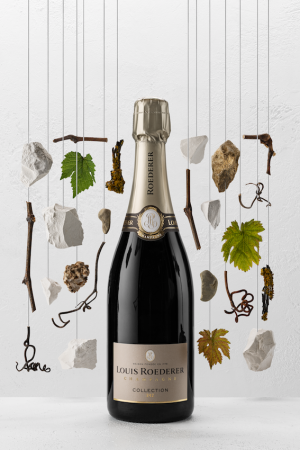 The dosage in Collection 242 is just 8 grams per litre. But this has been decreasing progressively over the years: the last blend of Brut Premier was 9 grams. The wines taste much drier than those of 40 years ago, which had 12.

Time on lees has not changed: it’s still three to three-and-a-half years.

“This is the next question we will work on for the Collection. We will be asking this question of ourselves.”

The wine is excellent, as my tasting notes affirm. I’ve long been a fan of Brut Premier, and the Roederer way in general, but I think Collection 242 is a new high-point, a more profound wine than Brut Premier.

Lécaillon believes Collection 242 is a more of a food wine than Brut Premier, “a bit more towards gastronomy”.

This is not only because of ripeness, but the phenolics (tannins) of ripe grapes.

In pinot noir, it’s a different story. He says the phenolics need to be ripe, otherwise the wines taste hard and green. He sees this in many rosé Champagnes.

Back to Collection 242, which is now in the shops and will be priced a little higher than Brut Premier was—AUD $90 compared to AUD $75, approximately.

“We have reversed the base-vintage idea. It’s no longer the latest vintage (in this case, 2017) plus the reserve vintages. Now, we start with the reserve wines and add the new vintage wine to it. We created a kind of solera, a reserve perpetuelle, a massive one, into which a lot of 2012, 13, 14, 15 and 16 went. It’s 50/50 pinot noir chardonnay, non-malolactic. That’s the base of Collection.”

He said 2017 was a difficult vintage, with rot problems in the pinot noir. A rushed vintage: “We had to run faster than the botrytis”, precipitated by hot, humid weather. While the pinot was a bit weak, the chardonnay was perfect, so 242 has a lot of chardonnay. Much of the pinot noir and meunier were taken from the Marne Valley. They were picked earlier and hence avoided the rot.

“Traditionally, we used one-third each from the Marne Valley, Côte des Blancs and Montagne de Reims. Now we can skip an area, and it’s no problem.”

Final point: for the Australian market, Collection 242 is all bottled under Diam/Mytik composite corks, which are guaranteed TCA-free.

“Does the wine age as well under Mytik as it does under natural cork? We need to see more evidence—after five to 10 years.”

Full marks to Champagne Louis Roederer and its chef de cave for bravery, and always striving to do better.