A chardonnay and cabernet voyage 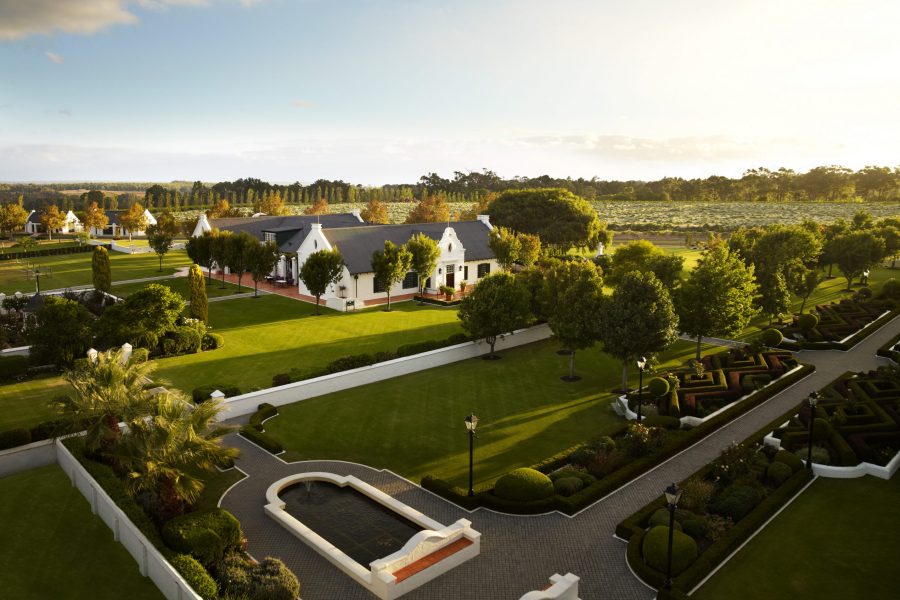 Michael Wright was an eccentric billionaire who founded Margaret River winery Voyager Estate. He was a son of the mining magnate Peter Wright, who was Lang Hancock’s partner in iron ore exploration in Western Australia’s Pilbara.

In 1991, Michael Wright bought a small vineyard, then named Freycinet (confusingly, no relation to the one in Tasmania), renamed it Voyager Estate and set about developing it into the impressive business we see today. The centrepiece is a cellar door and restaurant building designed in Cape Dutch style, and the winery has a vast underground barrel cellar.

The 2016 vintage was evidently a terrific cabernet year at Voyager.

Out front is an extensive rose garden and a prominent flagpole, on which Wright insisted on raising the Australian flag every day, and often the WA flag—he was a very proud Western Australian. Wright, who died in 2012, was a man of modest tastes despite his wealth, and always drove a dusty old car. His idea of a holiday was a camping trip. And, most curiously for a wine producer, he never drank alcohol. Instead, the winemakers were charged with producing special non-alcoholic drinks for their boss. The sparkling red and white grapejuice are still produced commercially.

Chief winemaker Steve James says Wright was fascinated by viticulture as he was by agriculture generally, as he came from a farming background. His interest was in the way the wine was produced rather than the wine itself, although he was always 100% quality focused.

Wright would surely be pleased that Voyager has been converting its vineyards to organic in recent years and will be 100% organic certified by the 2023 vintage.

The business is managed today by his daughter Alex Burt.

Voyager Estate’s top-of-the-range wines are named MJW, as a tribute to the founder. They are released with a bonus of extra bottle-age.

The current chardonnay vintage is 2018 (AUD $110), the cabernet sauvignon 2016 (AUD $180). Both are as fresh as the proverbial daisies but undoubtedly benefit from the extra time in the cellar pre-release. The cabernet has the bonus of three to four years extra maturity over most of its Margaret River competitors, the chardonnay one to two years. So, yes, they are expensive, but these are not only great wines, they have the bonus of time, and time they say is money.

Pristine leafy, violet, floral, mulberry-like bouquet, a trace of regional nori—a complex and lovely fragrance. The wine is medium to full-bodied and elegant, not heavy, a beautiful wine of finesse rather than grunt. (AUD $180)

The Voyager chardonnay style is typically refined and delicate, but this is a wine for those who want ‘chardonnay with the lot’. It has a super-complex, multi-dimensioned bouquet which reflects the full paintbox of winemaking tricks. Toasty, creamy, roasted-hazelnut and some dairy notes indicate oak, malolactic and lees contact. It’s full-bodied and opulent, concentrated and mouth-filling yet also quite taut and reserved, like a coiled spring. (AUD $110)

A smoky-savoury bouquet with charcuterie and bacon-bone aromas, the palate light to medium-weighted and savoury, a very gentle oak input and lovely fine-grained, smooth texture that runs through the lingering finish and aftertaste. A very polished chardonnay. (AUD $50)

The bouquet is rich in reductive, smoked-charcuterie and chicken-stock aromas with a whiff of milk powder, while the taste is soft-textured with gentle acidity and mild structure, finishing long. A very refined style, of 12.5% alcohol, off an east-facing hilltop block. Key to the style is the vines are all Clone 95, no Gin Gin—the more typical clone of powerful top-end Margaret River chardonnay. (AUD $65)

The 2016 vintage was evidently a terrific cabernet year at Voyager:

Also an outstanding wine. Tobacco-leaf, forest floor, humus and regional nori aromas. A quite powerful wine with a lot of savoury complexities and a long carry. (AUD $85)