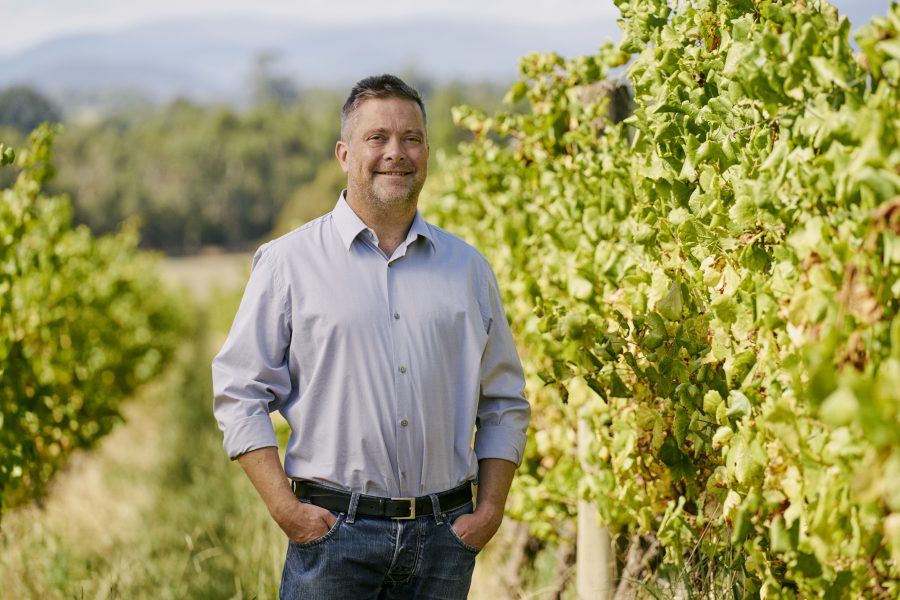 The news that Domaine Chandon Australia had produced a ‘méthode ancestrale’ sparkling wine immediately pricked up my ears.

Most méthode ancestrale wines, which include pétillant naturels or ‘pét-nats’, are a bit rough-and-ready, but Chandon is a big multi-national which only produces highly polished, technically excellent wines. What would their take on this hands-off style of bubbly taste like?

“We were interested in surprising people with something different.” – Dan Buckle

It’s a very good wine, perhaps a bit fuller and richer than most Chandon wines, with a little phenolic grip on the finish. It’s clean, fresh, technically correct, and totally at odds with skanky efforts at the other extreme of the spectrum that resemble kombucha more than fine sparkling wine.

So I asked Chandon Australia’s chief winemaker Dan Buckle how it was produced.

“We didn’t want to go anywhere near pét-nat. We leave that to the hipsters,” said Buckle.

“We are not a natural wine producer.

“The main difference with this wine (from other Chandon bubblies) is that it had one fermentation, not two.

“We picked the pinot noir a bit riper, at 12 degrees Baumé, so it’s 12.5% alcohol on the label, and that gave more quincey ripeness.”

The fruit was a single parcel of grapes grown on the company’s Whitlands vineyard in the King Valley high country. The fermentation was chilled and paused when there were 24 grams per litre of residual sugar remaining, “to park it while we finished the vintage.”

“Then we warmed it up (to re-start the fermentation), and bottled it.”

A major difference from other méthode ancestrale wines is that it was riddled and disgorged, to remove most of the yeast lees.

“We wanted it to be a bit cloudy, but not too cloudy. Some people sell undisgorged wines, but not us. We also wanted to give it a bit of SO2 before the final cork.”

Adding some SO2 necessitates opening the bottle.

Buckle says he wanted the wine to show that Chandon was not static, that it was open to new ideas and trends – but the wine “had to be delicious”.

“We were interested in surprising people with something different.”

While it’s very good, the wine is unlikely to win over hipster pét-nat lovers.

And what is the definition of méthode ancestrale anyway? It’s not defined by law, at least in this country, so the winemaker has plenty of latitude.

As its name suggests, the méthode ancestrale is the earliest known way that sparkling wine was deliberately made. In France’s ancient Gaillac region, wineries such as Plageoles still make their bubbly this way.

A modification that is accepted by some, as Chandon did, is to shake or riddle the yeast down to the cork (or crown seal) and disgorge the wine after the fermentation, removing all or some of the sediment. A bit of cloudiness, caused by the suspended lees, is a proud beacon for pét-nat devotees.