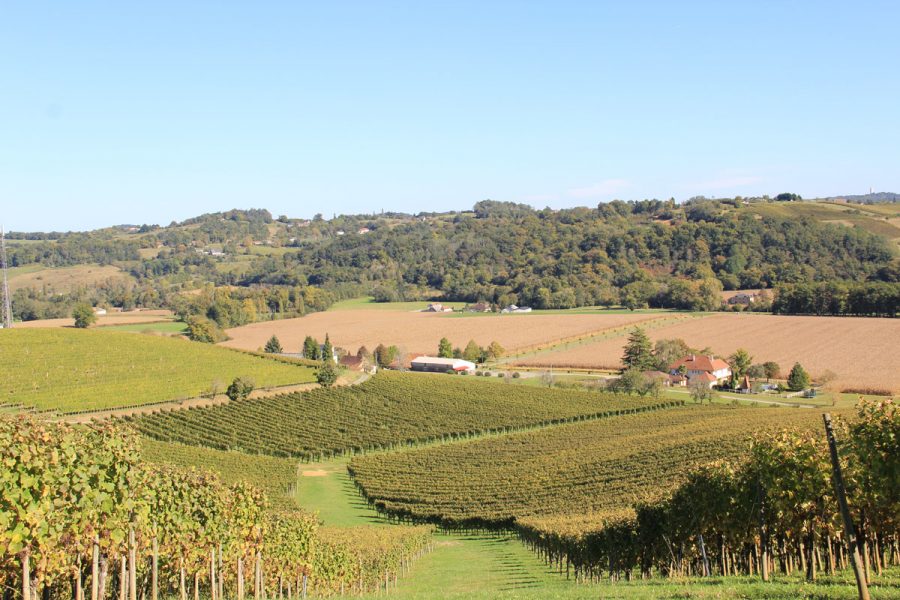 After visiting the region several years ago, I have a real fondness for the sweet and semi-sweet white wines of Jurançon.

It’s a somewhat forgotten region in the south of France near the Pyrenees foothills, the nearest big town being Pau. Part of its loss is that it produces only white wines while reds are more in-vogue these days. And its sweet whites are in the shadow of the more famous Sauternes and Barsac, Alsace vendange tardive and German sweeties. These sweet wines are not as attention-grabbing because they’re produced without the help of botrytis, which intensifies sweetness as well as flavour.

These wines are very adaptable and delicious with fish, oysters and softer cheeses.

But it’s precisely the less-shouty style of Jurançon that is its great strength. These are not overpowering wines of major alcohol and sweetness: they are subtler than Sauternes and can be enjoyed with a wider variety of foods. They don’t tire the drinker.

I visited the properties of Charles Hours/Clos Uroulat, and Château Jolys and was entranced. The secret of these wines is that they are produced from grapes which have been partly dehydrated by cold air dropping down off the Pyrenees mountains. Botrytis doesn’t come naturally, possibly because that cold air is too cold, and dry, and it’s moving.

As a result, the wines are seldom luscious, but delicate, very fragrant and beautifully balanced. They come in various grades of sweetness/dryness, such as sec, demi-sec, doux and moelleux.

The grape varieties are another point of difference. Petit manseng, gros manseng and courbu, in that order of desirability. These are not found in other places.

Recently I tasted for the first time the wines of Domaine de Souch, imported by Matt Quirk of Sydney-based QED. These are well-made, classic Jurançon wines. They’re not cheap, but they are favourably priced when measured against comparable sweet wines from other regions, such as Alsace, Germany, the Loire and Bordeaux.

As a general rule, the wines ascend in both fascination and price the higher the sweetness level. The sweet wines, labelled moelleux as in the central Loire, often merit gold-ribbon ratings—as did the 2015 Marie Kattalin Moelleux ($95/500ml) and 2014 Moelleux Vendanges Tardives (AUD $195 – 500ml).

These wines are very adaptable and delicious with fish, oysters and softer cheeses.