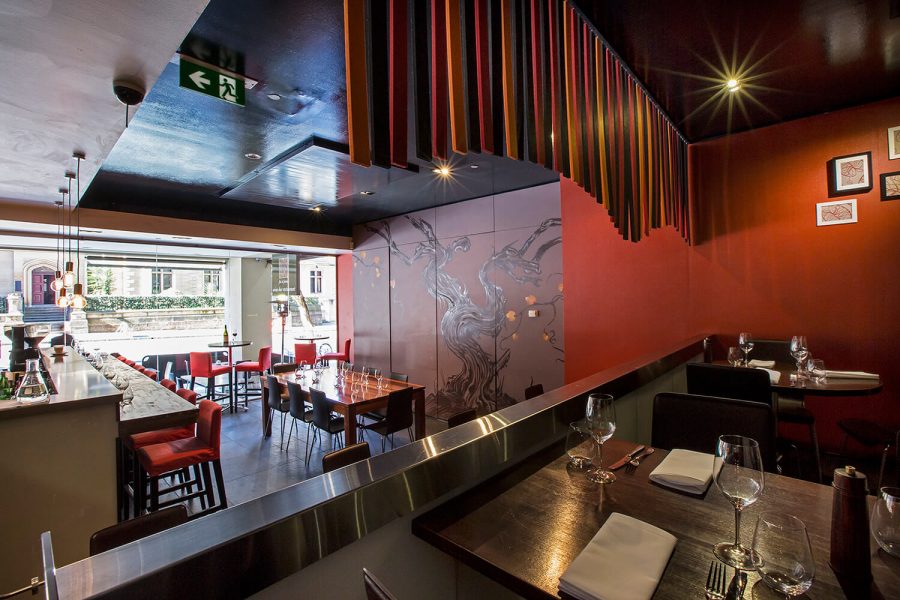 I had a great response to part 1, so here we are with part 2.

After those fantastic years in London, the weather eventually got the better of me and I had to make my way home to see the sun for more than 5 days per year! I knew that life was going to be a whole new ball game back in Sydney and a very different wine scene awaited me.

Without doubt, the most influential part of my wine life at Forty One was Anders Josephson.

I’ll be honest, I didn’t really expect it to be such a big shift at the time but that is the joy of the ignorance of youth. I had always pictured Sydney as being on par with London, and in many areas it was, but I really was shocked by the limited number of sommelier’s positions across the city. Not to be deterred I sent off a million curriculum vitaes and went surfing.

The phone rang a fair bit with trial shifts locked in around the city. One of those interviews and trials was at Forty One Restaurant, way up in the sky at Chifley Tower. I was really pumped to get in the door, but it was a vacant waiting position, so whilst I did the trial, I wasn’t keen on just doing the food side. A few days past and I got the call that their current sommelier had handed in his notice and would I be interested in meeting Dietmar Sawyere, the owner and head chef, to chat about taking over the role. It was a fateful day when I got that call: most people will remember where they were on that day, September 11, 2001.

It came as no surprise that Forty One, as a business, was hit hard immediately after the 9/11 attack. High-rise dining wasn’t what anyone felt like, and I was pretty sure that this opportunity may have ended before it began. But after a week’s delay, I did get the chance to go and spend some time with Dietmar. He had big plans for the restaurant and the wine list was to be a big part of it.

During the almost four years I spent at Forty One, I immersed myself deeply in the landscape of Australian wine discovering the new players and re-acquainting myself with the great producers. I was very fortunate to have a clientele that wanted to drink extraordinarily well and so I was able to circle through the classic Australian brands.

Without doubt, the most influential part of my wine life at Forty One was Anders Josephson. His Private Collection wines were the backbone of our aged wines and gave gravitas to the list, but it was his generosity, passion and joy of life that really infected me. Over those years he insisted on sharing great bottles with myself and the team and was always open to discuss and debate a wine’s place in its life-cycle. His love of wine without entitlement or elitism still resonates in my mind.

I made many friends during my time there, one young Kiwi waiter showed great skills on the floor and an aptitude for wine. As things changed I remained as sommelier but also the restaurant manager, so an assistant sommelier was promoted. For those of you who are Fix Wine regulars you probably already know Tristan Rayner. When I started at Forty One he was away on paternity leave for the birth of his first daughter. I think I’ve spent more time with him than my wife in these past 20 years! 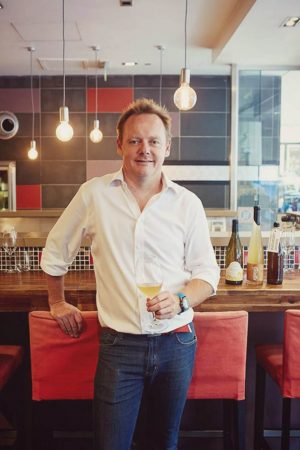 Eventually, it was time to do something different though, and a hospitality about-face was instigated. Espresso bars in 2005 were springing up everywhere and I liked the idea of fewer working nights and weekends in my life.

I bought and re-branded a café on Castlereagh Street, Fix @ Castlereagh. It was another huge shift in my mentality, early starts and endless shots of coffee. Repeating orders, day in and day out. And toast, so much toast! As you can probably tell from my tone, it didn’t really click perfectly for me. We took on a good chef and got it licensed to broaden our offering. Mostly to entertain me, not because it was needed.

Time went on and I started looking at another site to do a more interesting venue. A vision of sorts to do a café in the morning, bistro at lunch and wine bar in the evening. Eventually, the old Campari site came across my path and I was away.

Fit-outs and all that malarkey are always a nightmare and this was no different, and I had the other unique challenge of wanting to open a wine bar that served alcohol without food in a time that NSW legislation hadn’t really caught up, the Dine or Drink licences were a total logistical headache to manage and an eye-watering AUD $10,000 to obtain, but what’s money when you have a vision.

I’ve no doubt there’s a Part 3 or even more just to cover the changes that I have seen in the dining and wining landscape of Sydney and Fix’s place in it.

Our first opening night was locked in for a book launch. My London mentor Matthew Jukes and up-and-coming wine scribe Tyson Stelzer had written a book together and we would host the Sydney event. I must admit that when Matthew and Tyson came to visit the site on the morning the looks on their faces were something to behold.

The reason why? The place was still a construction site. I know how quickly you can turn a place around, but I’m guessing the fact there wasn’t even glass in the frontage of the restaurant may have put them off slightly. To their credit, they came back after and helped put the final touches on. I vividly recall Tyson and Matthew helping me put the safety stickers on the glass (yes, it had been installed eventually).

So that’s how I got here. Fifteen years later, I’m still behind that same glass, albeit with different safety stickers in place. I’ve no doubt there’s a Part 3 or even more just to cover the changes that I have seen in the dining and wining landscape of Sydney and Fix’s place in it. All in good time, no doubt.