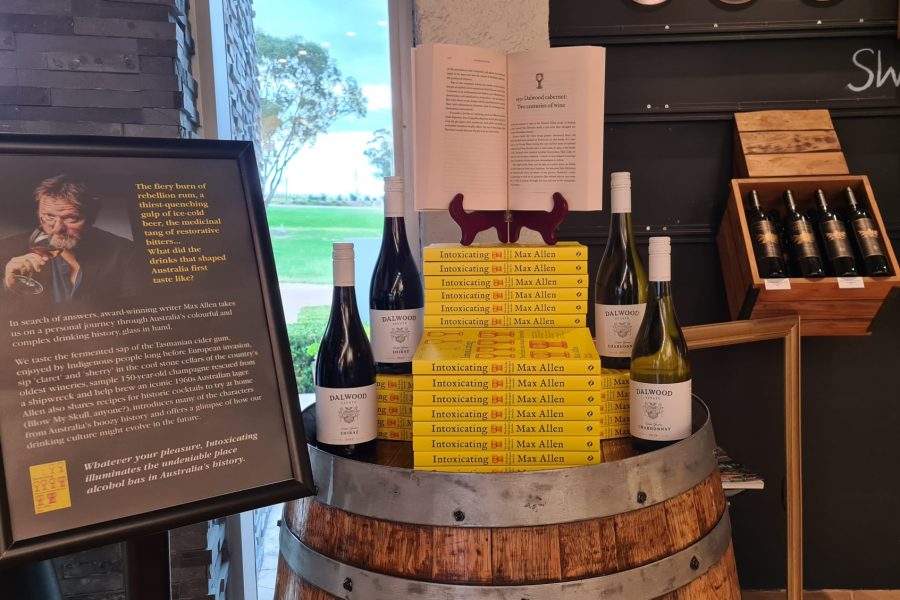 It’s been assumed by most of us that Aboriginal Australians never drank alcohol before white European settlers/invaders arrived in 1788. But, as Max Allen writes in his latest book, this is not true.

Allen isn’t the first to record this fact: Aboriginal historians and elders have known it for a long time, but it never penetrated the public (read: white) consciousness. It suited the white man to circulate the idea that Aboriginal problems with alcohol were due to the fact that they had no history of alcohol in their own culture and couldn’t handle it when Europeans introduced them to it.

It’s a fascinating and engrossing book, superbly written as we’ve come to expect from Max Allen, and I highly recommend it.

Untrue. There was a widespread Aboriginal culture of collecting sap from certain native trees and fermenting it. The product, which Tasmanian Aboriginals called way-a-linah, was treated as a medicine, a ritual drink, and not abused the way modern alcoholic drinks are abused.

These and many more fascinating revelations are just part of Allen’s excellent book. It starts and finishes with chapters on Aboriginal matters (the final chapter is about collecting native fruits and trying to make a palatable fermented drink from them), and in between Allen relates stories ranging from the history of Corio whisky, which he ties into modern artisan whisky distilling, and Victoria Bitter, the ‘big cold beer’ for a ‘hard-earned thirst’ as actor John Meillon advertised.

There are chapters on the rum that early settlers and convicts drank and which became currency in the young colony of New South Wales; a Champagne brought up from a 19th-century shipwreck at Port Phillip Heads; the history of the Hunter Valley’s Dalwood vineyard and its modern reincarnation, with Max Lake’s Damascus moment along the way (it was a 1930 Dalwood red that inspired him to plant Lake’s Folly); opening Oz Clarke’s last bottle of 1978 Kanga Rouge in London, a neat segué into a discussion of Australian wine exporting history; and a diversion into the white man’s ‘medicinal’ wines, such as Seppeltsfield’s early 20th century Angaston Bitters, Sedna, and various liqueurs.

It’s partly an autobiography, as Allen connects the stories about the drinks he’s discovered with his own journey in Australia – he was born and raised in England and migrated in 1992, but had made various trips here before that. He’s evidently always been a tinkerer with various drinks himself, and occasional creator of cider, beer, wine and cocktails, and his experiences with these are sprinkled throughout the text.

Blame it all on the Brown Brothers Spätlese Lexia he drank in London in his teens, the first Australian wine that excited him, setting him on his life journey as a wine and drinks writer.

It’s a fascinating and engrossing book, superbly written as we’ve come to expect from Max Allen, and I highly recommend it.