The start of a wine-soaked life 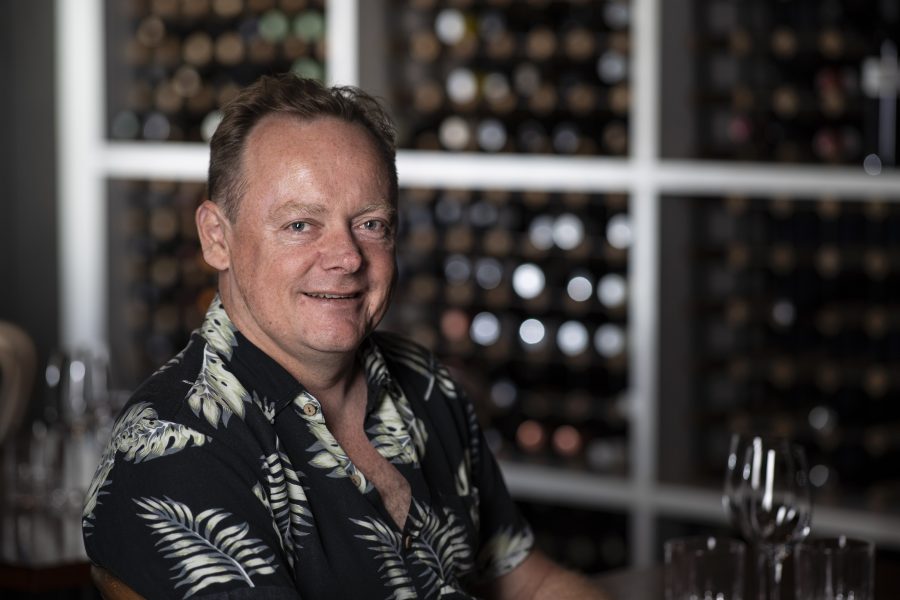 Stuart Knox was lucky enough that his parents both enjoyed and regularly consumed wine. (Photo: The Real Review)

I recently had a moment when I was asked during an interview how long I had been working in hospitality. It took me by surprise somewhat to realise that I had reached 30 years of plying my hospitality trade.

Remarkably, with Fix turning 15 later this year it means that very soon I’ll have worked for myself longer than having been an employee. I would suggest that consigns me to the permanently unemployable these days, a terrible staff member I may well be. This led me into a moment of reminiscing, so I figured I’d share it before it all gets lost in the fog.

The real turning point was the amazing food and wine matching sessions with the amazing Lyndey Milan OAM.

Let’s go back to where it all started, I was born and bred in the coastal town of Coffs Harbour, more known for its bananas than grapes. I’d suggest that back then, beer and spirits would dominate the drinking market, not table wine. I was lucky enough though that my parents both enjoyed and regularly consumed wine.

They enjoyed Champagne but mostly it was the reds of Penfolds that were served at home. St Henri was a perennial favourite and for as long as I can remember special occasions were marked with a bottle of Grange. Both of which were a far better value proposition at the time. Personally, I didn’t understand what the appeal was, a Coke was far more to my taste, however, I guess that familiarity with wine ingrained itself in me.

It’s 1991 and a fresh-faced country boy moved to the big smoke to attend university, failing dismally but enjoying working nights for a mobile spit company. Sometimes bartending, which really consisted of opening bottles of Crown lager and pouring bourbons along with working as a kitchenhand back in the prep warehouse. Those were interesting times. Starting at 11pm with six mobile spit roast trucks to clean out and wash top to bottom along with all the associated crockery and cutlery. Finishing time would be about dawn and straight to the surf I went.

A move to Newcastle got me a start at the Apollo Motel in the restaurant Babbington’s. It was here that the world of wine started to open up to me. Being so close to the Hunter Valley I was exposed to some amazing wines and of course true characters. Big buttery chardonnays, amazingly old semillons and a sea of shiraz got the mind ticking over and the start of something bubbled away in the background.

A couple of years later I was back in Sydney. Edna’s Table at the MLC Centre was where I found myself and another couple of lightbulbs turned on. The first was totally self-centred. I couldn’t help but notice the waiter who did the wine ordering seemed to be showered with bottles of wines to try from different suppliers and I certainly wanted a piece of that action.

But the real turning point was the amazing food and wine matching sessions with the amazing Lyndey Milan OAM, to see the love and enthusiasm and to understand how a combination could be greater than the sum of its parts really got me hooked. Reds at The Rocks and Palisade Hotel Bistro gave me my next step up. In both places, I had an opportunity to share more with customers my ideas and recommendations with a subtle nudge to the buyers on what to list next.

But the real big jump for me was a move to the UK in 1998. Back then having a Scottish mother gave me residency but not a passport (that finally changed about 10 years ago!) so Europe wasn’t on the agenda. So, as The Clash said, London calling!

To be honest, I only planned to stay for six months and then keep travelling, but I managed to sneak into Bibendum Restaurant and grab a position as chef de rang. To see how a place such as Bibendum worked, the service level and detail was astounding. Within a couple of months an assistant sommelier position came up and suddenly the world of wine was upon me.

The three years I spent at Bibendum gave me an opportunity to taste and understand so many of the great wines of the world, it was truly an immersion that is hard to come by.

It was a baptism of fire. The list stretched to 1000 bins, meticulously hand-selected by Matthew Jukes and run by the archetypal French sommelier François Verité, or as we called him Frank the Truth. I had two weeks to grasp the nuances of the Bordeaux hierarchy, the Burgundy appellation system and not p—s Frank off too much with my incessant questions.

As many would know, London is one of the wine hubs of the world and Bibendum had a hugely knowledgeable clientele that could be a little prickly at times. One particular evening, a guest refused to be served by me as “an Australian cannot possibly be a sommelier”. He asked to speak to François, who proceeded to explain to the guest that he would not serve him, and he should either choose the wine himself or come back to me for guidance. As you’d imagine, sir selected his own wines that evening.

The three years I spent at Bibendum gave me an opportunity to taste and understand so many of the great wines of the world, it was truly an immersion that is hard to come by and I will be forever grateful to Matthew, François and the whole team for giving a young Aussie kid a shot.

So that’s the first part of my life in wine. Only 10 years but I realised I had found what I wanted to do. That dream I still chase and I’ll finish the story next time.