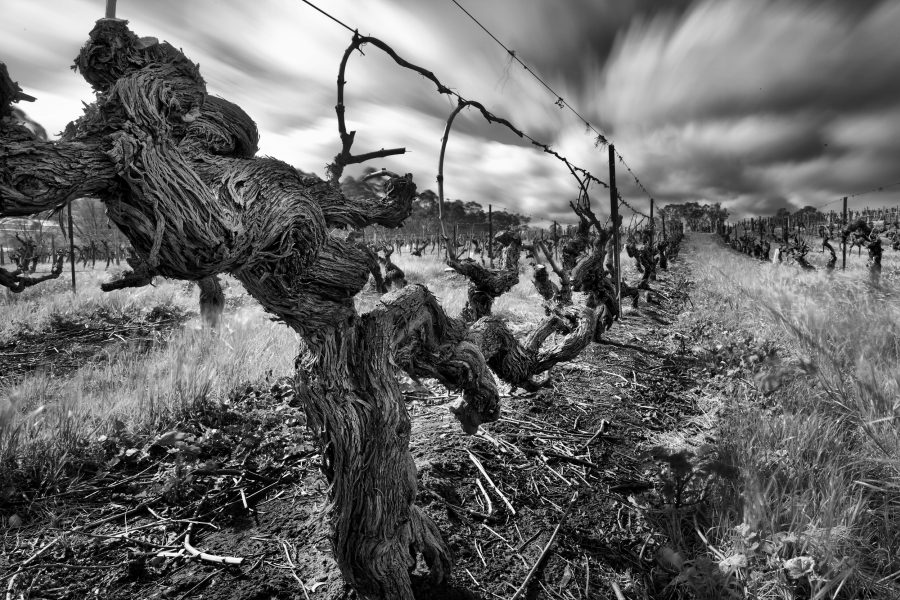 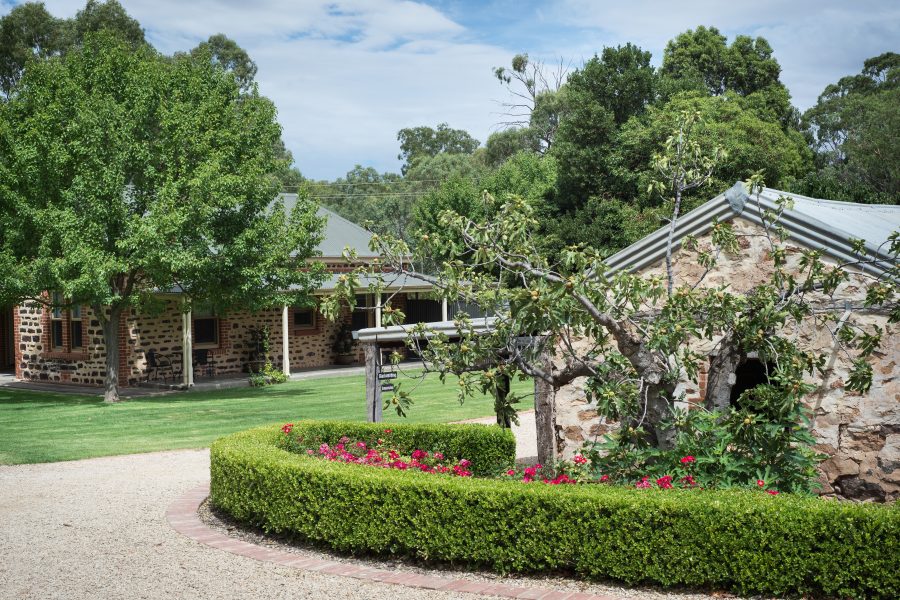 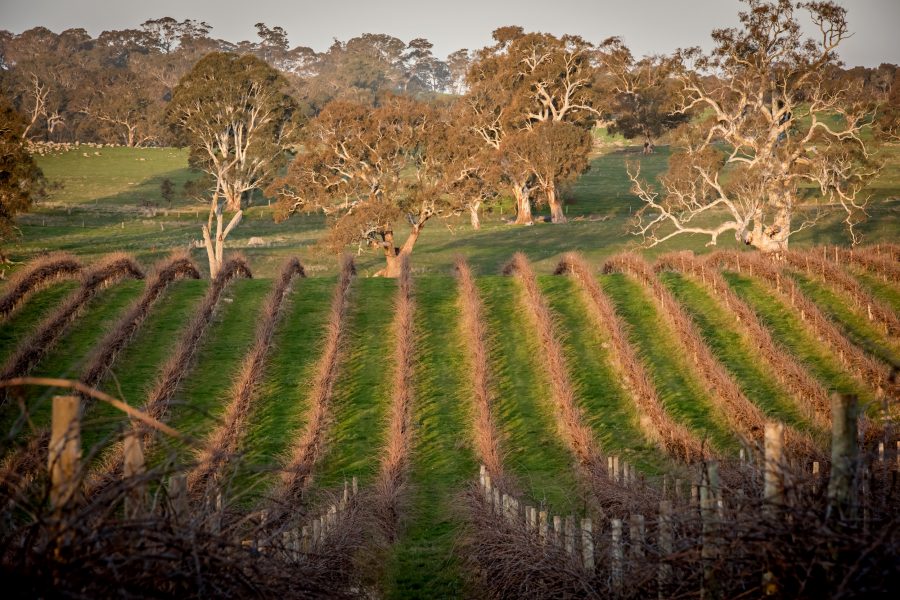 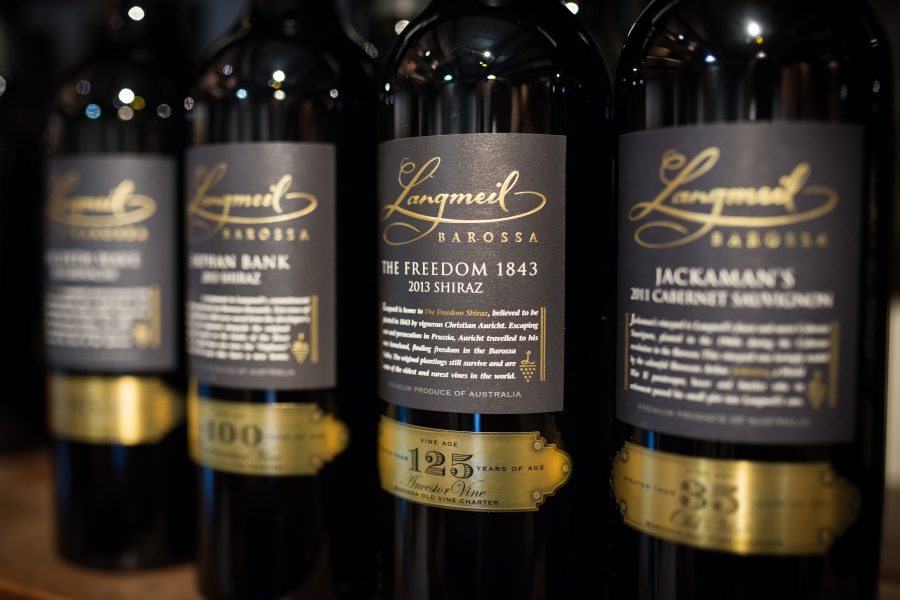 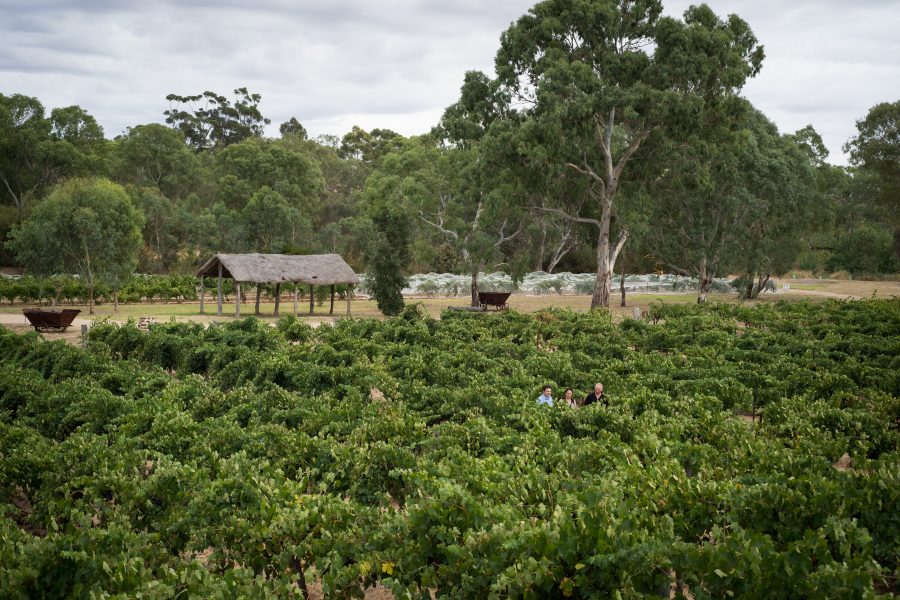 The winery is right beside the North Para River in Tanunda, next door to the much bigger Peter Lehmann winery, and nestled beside one of the oldest vineyards in the Barossa, the Freedom 1843 vineyard, planted in that year by blacksmith Christian Auricht. At 167 years old, it still yields shiraz grapes of amazing quality and concentration. The wine is bottled separately and the current vintage 2018 sells for AUD $170.

The name Langmeil didn’t exist as a wine brand until 1996, although there was a Langmeil sub-brand of the Bernkastel winery.

The name Langmeil didn’t exist as a wine brand until 1996, although there was a Langmeil sub-brand of the Bernkastel winery. On the site of today’s winery and cellar door, there were several mud-walled buildings dating from the earliest days of the white settlement of the Barossa.

Langmeil was a small settlement beside the river at a place where it was shallow enough for bullock drays to ford it safely. The traffic was mostly headed north to the copper mines of Burra and Kapunda. There was a smithy, a butchery, a bakery, and a cobbler’s shop. And a well. They’re still there today.

In 1996 a syndicate of three men bought the Bernkastel property: Carl Lindner, his second-cousin Richard Lindner, and Richard’s brother-in-law Chris Bitter, all of them descended from the early German-speaking Lutheran settlers who arrived in the 1840s. Carl Lindner had been a prime-mover in the revival of St Hallett Wines and Richard had been at Rockford in its early years.

These ‘white knights’ restored the run-down property and named it Langmeil after the original settlement. There was a winery on-site, which has since been added to, and the new owners created a tasting and cellar door sales outlet in one of the old ironstone and brick buildings.

In 2011, Richard Lindner and his wife Shirley purchased the business outright, and their sons were installed, Paul Lindner as chief winemaker, and James as sales and marketing manager.

They have taken Langmeil into the top echelon of Barossa wineries. Paul has come a long way as a winemaker and has just completed his 21st vintage.

The Freedom vineyard, believed to be the oldest shiraz planting in the world, was brought back to life and the first harvest was in 1997. The wines are more than curiosities: great wines in their own right. The partner of The Freedom, with the same price but from Eden Valley, is the Pure Eden Shiraz, harvested from a vineyard which was planted by Charles Angas in the 1890s. It’s a worthy running-mate for The Freedom.

The Freedom vineyard, believed to be the oldest shiraz planting in the world, was brought back to life and the first harvest was in 1997.

Then there’s the Orphan Bank, which has a fascinating story of its own. Ten rows of pre-1860 shiraz vines were to be bulldozed to make way for a housing development. Until the Lindners stepped in. Keen to preserve this slice of Barossa history, they uplifted these vines and re-planted them on the banks of the North Para River at Langmeil, naming the patch Orphan Bank. This is also a superb wine.

A cabernet counterpart is the Jackaman’s Cabernet Sauvignon, another of their old vine wines, the vineyard planted in the 1960s in the Lyndoch area. Grenache is also well represented with the Fifth Wave Grenache, dedicated to the fifth generation of the Lindner family.

The old vine reds can be quite pricey, but you will find great value at Langmeil as well, in the form of such wines as Hangin’ Snakes Shiraz (AUD $20-$23), which is named after a grape-grower’s oath. The old Germans seldom used bad language: the worst this particular Langmeil grower, Wally Krieg, would curse in his moments of greatest exasperation was “Hangin’ snakes!”