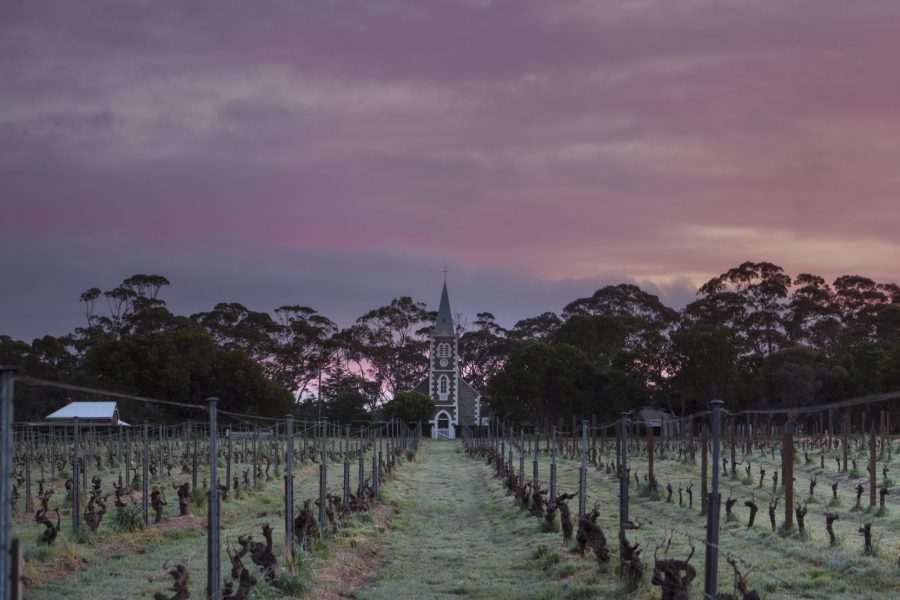 Sunrise over the Gnadenberg church and the Hill Of Grace vineyard. (Photo: Dragan Radocaj)

Over the years, generations of local wine people have borne names like Scholz, Dutschke, Glaetzer, Liebich, Kurtz, Schubert, Lehmann, Teusner and Kassebaum. The district’s shops sell mettwurst and streuselküchen. There’s a vineyard in the hills called Steingarten, riesling is the traditional white grape. A chapel is called Gnadenberg, and kids go to Lutheran primary schools.

Escaping religious persecution under King Frederick III of Prussia, these intrepid settlers sought refuge and a new life in the Barossa and the neighbouring Eden Valley.

Is this a quaint corner of Germany? Not judging by the landscape of gently rolling hills, stands of eucalypts, and sporting grounds with the telltale four vertical goalposts of Australian “footy.” The car-parks are populated by old Holden utes and men in blue singlets with Teutonic surnames and first names like Mick and Bob say “G’day mate.”

Welcome to the Barossa Valley, Australia’s most famous wine region. It’s an area that’s still strongly influenced by the Lutheran settlers who arrived from Silesia in Germany around the middle of the 19th century. Escaping religious persecution under King Frederick III of Prussia, these intrepid settlers sought refuge and a new life in the Barossa and the neighbouring Eden Valley.

Hard-working and law-abiding, they proved model citizens and worthy pioneers. Despite coming from a region with little or no wine production, they planted vines, forming the foundation for the large, internationally famous vineyard areas we find today. 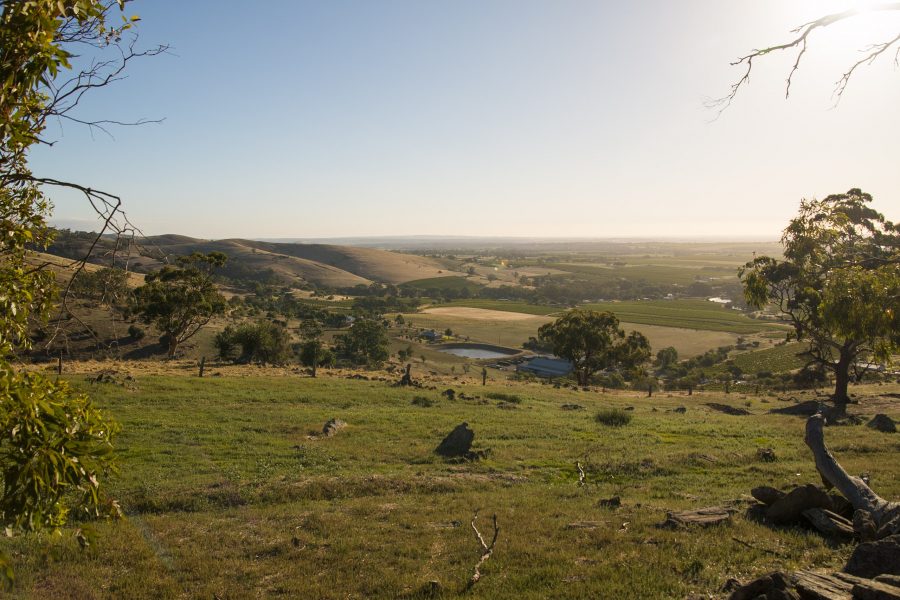 These days the descendants of these original settlers have adopted a very Australian way of life, but some links to the old homeland survived through the twentieth century. Well-known fifth-generation Eden Valley winemaker Stephen Henschke, whose ancestors arrived in 1841, recalls that the old-timers still spoke a weird German-English patois until quite recently. He remembers hearing a mangled statement that sums it up:

“Die kuh hatte uber the fence gejumped und alle die cabbages gefressen” (the cow has jumped the fence and eaten all the cabbages.)

Thankfully the cultural history of the Barossa is still important, and modern descendants of those original settlers are usually keen to recall and preserve their heritage.

Vines planted by those original German pioneers from the late 1840s through the 1860s still produce crops.

Some of the Barossa’s living history still exists in the vineyards. Vines planted by those original German pioneers from the late 1840s through the 1860s still produce crops, and today the wines made from them enjoy iconic status in Australia and the world. Few, if any places on earth can boast as many ancient vines providing such a link with the past.

There’s a lot of talk about Australian multiculturalism these days, as well as the contemporary issue of refugees. Some of it is dangerously divisive, bigoted and politically charged. It’s never been as important to applaud and recognise the efforts of past generations of settlers from cultural communities outside the norm than it is today. Visit the Barossa Valley and enjoy what a refugee community can be capable of.

About the author Ralph Kyte-Powell

Ralph Kyte-Powell has worked in and around the wine and hospitality industries for over 35 years, and has extensively travelled in Australia’s and the world’s wine regions. He has had a wine column in Melbourne newspaper The Age for 20 years, coauthored the Penguin Good Australian Wine Guide for eight, writes in leading magazines in both Australia and New Zealand, and is a columnist at GoodFood.com.au.