Introduction to the Barossa Valley 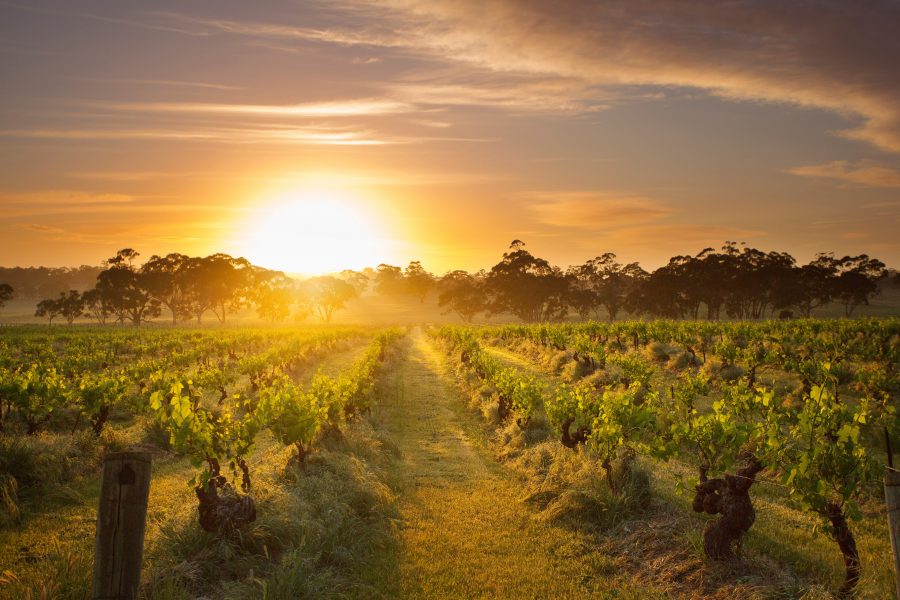 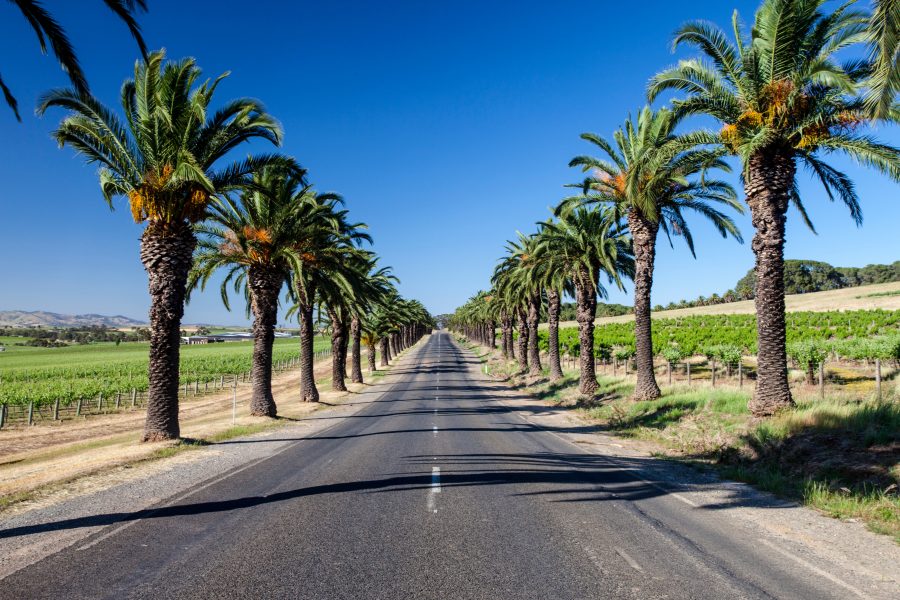 The road to Seppeltsfield in the Barossa. South Australian Tourism Commission 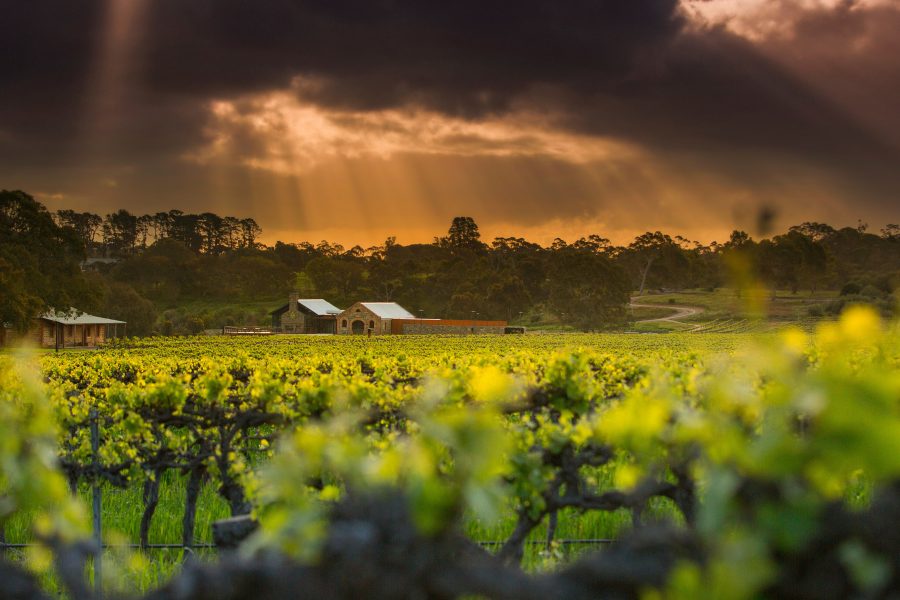 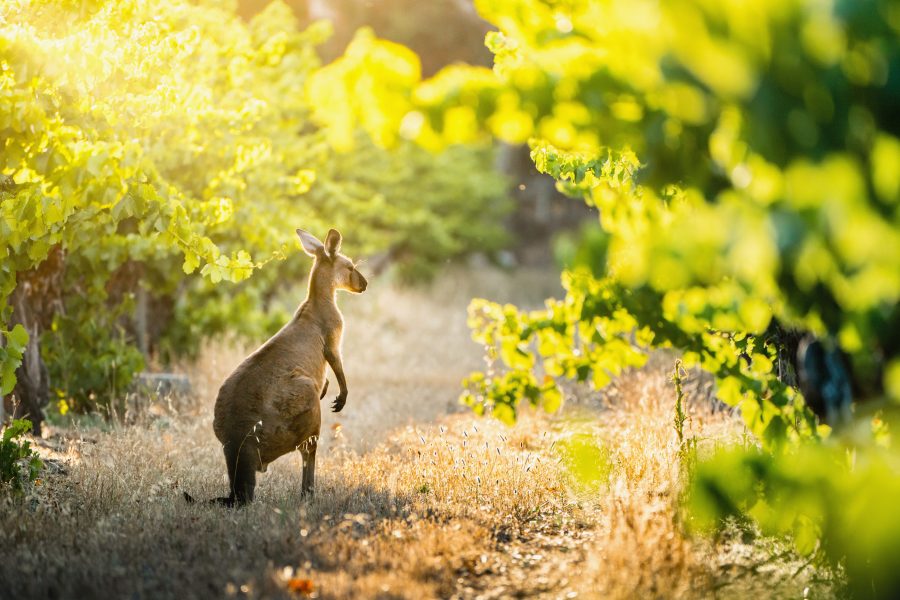 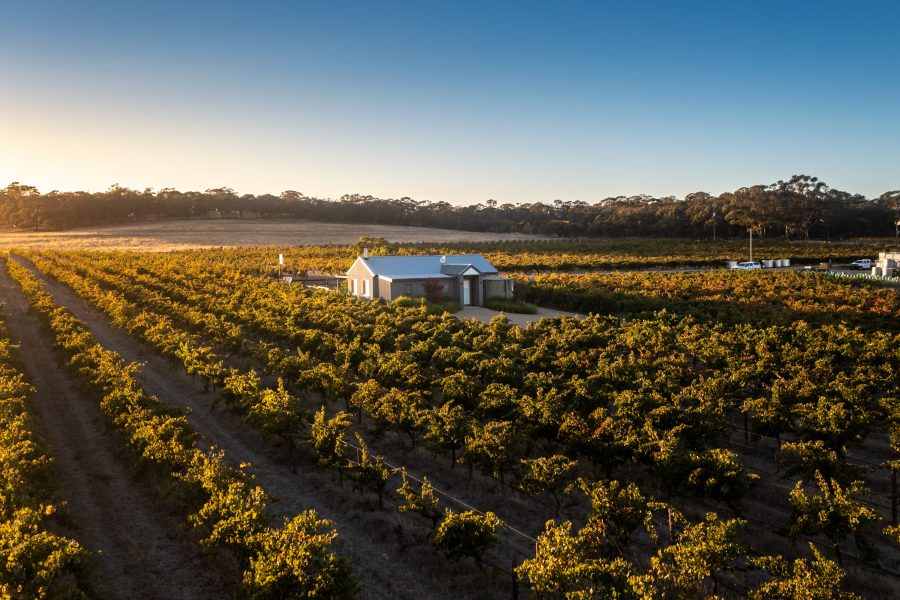 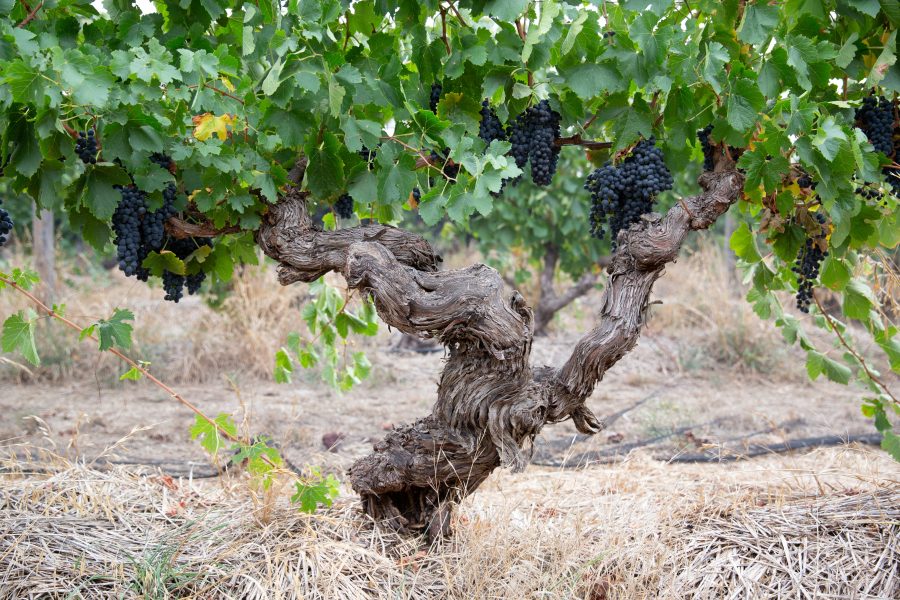 An old vine in the Henschke vineyard. Andre Castellucci 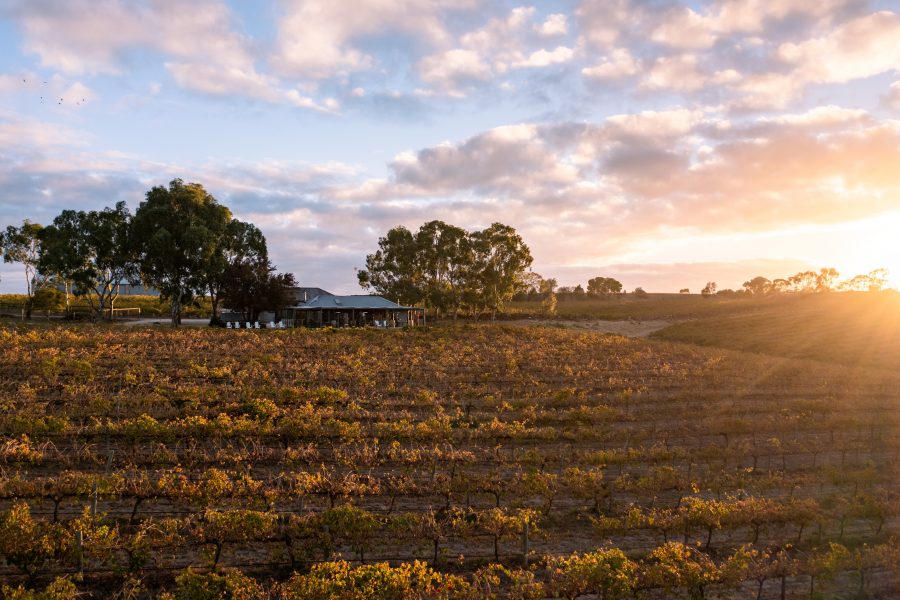 The Barossa Valley is said to be the most recognised wine region name in Australia. It has a great history stretching back to the 1840s, has a large number of wineries, vineyards and tourist facilities, is scenically picturesque and its climate is welcoming to visitors almost any time of the year.

Barossa shiraz is one of Australia’s most widely enjoyed styles of wine, and most distinctive, with its plush, ripe, generous flavour and inviting suppleness.

It claims to have the longest unbroken lineage of wine growing and winemaking families in Australia, with some now into their seventh generation. If South Australia is the ‘wine state’, with 52% of the total vineyard area, the Barossa is its heart. It’s been the home or headquarters of many of the most important wine companies since the early 20th century. The names Seppelt, Penfolds, Henschke, Gramp (Orlando), Hill Smith (Yalumba) and many others are synonymous with the Barossa. There are about 550 grape-growers and 170 wineries.

German-speaking Silesians were prominent among the early white settlers who planted vines, and their culture is still very much alive in the Barossa today. It is preserved in place names such as Langmeil, Krondorf, Gomersal, Siegersdorf, Kaiser Stuhl and Hoffnungsthal, in traditional foods such as Barossa mettwurst and smoked bacon, brass bands and lederhosen seen on festive days. Some of the older residents still speak ‘Barossa Deutsch’.

Barossa shiraz is one of Australia’s most widely enjoyed styles of wine, and most distinctive, with its plush, ripe, generous flavour and inviting suppleness. It’s no surprise that red grapevines are 90% of the Barossa vineyard, 62% of them shiraz.

The Barossa wine story began at a time when fortified wine was king: sweet ‘sherry’, ‘port’, muscat, etc. As tastes changed and dry white wines were increasingly in demand, the Eden Valley became the source of white grapes which needed a cooler, more humid climate. Riesling prospers in this higher altitude, and indeed riesling is the most widely planted variety, with 33% of the total area.

In Australia’s Geographical Indications law, the word Barossa by itself means a zone, and the zone consists of two regions, Barossa Valley and Eden Valley.

The Barossa Valley is lower in altitude and has in recent times re-focused strongly on red grapevines, while its wineries tend increasingly to source their whites from the Eden Valley, Adelaide Hills or Clare Valley. Cooler temperatures in Eden Valley mean later harvest dates, higher acidity and different flavours from the Barossa proper.

The Barossa ‘floor’—as it’s often referred to—offers warm, sunny weather with consistent ripening for varieties that need heat and sun, such as shiraz, grenache and mataro/mourvèdre. These include other Mediterranean varieties such as tempranillo, cinsault, viognier, marsanne, roussanne and southern Italian varieties like sangiovese, fiano, vermentino and nero d’avola, which are increasingly cultivated.

Far from being a staid region with only cobwebby old wineries, the Barossa has a lot of new and younger winemakers doing innovative things.

Far from being a staid region with only cobwebby old wineries, the Barossa has a lot of new and younger winemakers doing innovative things. Shobbrook, Jauma, Sami-Odi, Head Wines, Atze’s Corner, Ruggabellus, Frederick Stevenson, Small Fry, Tomfoolery, Yelland & Papps, Chaffey Bros and (not so new) Spinifex, Max & Me, David Franz, Hayes Family, Hentley Farm and Sons Of Eden are a few of them. At the same time, next-generation winemakers are on the job, including Tim Duval at John Duval Wines, Luke Powell at Powell & Son, Trent Burge at Barossa Boy.

The Barossa has managed to largely preserve its atmosphere and special character, at the same time updating its tourist amenities. There are smart places to stay, such as The Louise at Marananga, and the Barossa Novotel at Rowland Flat, and excellent restaurants. These include Vintners Bar & Grill at Angaston, Hentley Farm, Appellation at The Louise, Fino at Seppeltsfield, Musque and FermentAsian in Tanunda. The winemakers’ secret place is Joanne’s Café at the Vineyards Motel opposite Vintners.

Winery cellar doors continue to be upgraded and there are several venerable ‘showpiece’ wineries that no first-time visitor should miss: Seppeltsfield, Château Tanunda and Yalumba to name just three. At the other end of the scale, the new Artisans of Barossa cellar door in Tanunda showcases eight boutique producers.