Should wine be decanted? 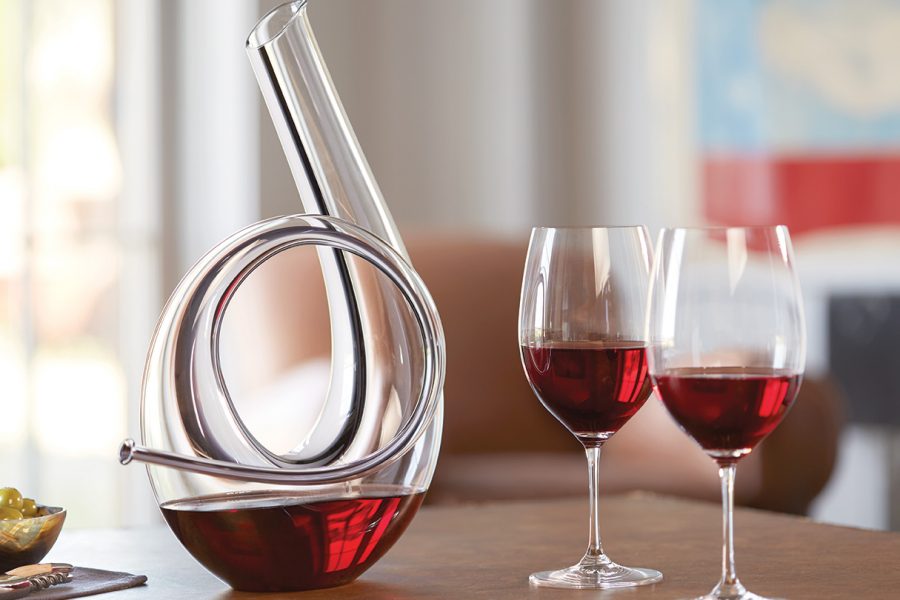 Peynaud believed that only wines with sediment should be decanted and then only just before serving. (Photo: Riedel)

The late Professor Émile Peynaud was not a fan of aerating wine by decanting it, claiming that the action of oxygen dissolved in a sound wine when ready to serve is usually detrimental. The longer the period between decanting the greater the loss of aroma intensity, he claimed.

I seldom aerate wines before tasting them in a large glass, which I swirl vigorously to chart the change, if any.

Peynaud believed that only wines with sediment should be decanted and then only just before serving. If the wine needed decanting to help correct a fault such as reduction the same affect could be achieved by swirling the glass.

Fragile old wines should certainly not be allowed much air exposure. I recall a 12-vintage tasting of Château Lafite back to 1929. Many of the tasters started with the youngest wine and worked back toward the 1929 while a few of us started with the oldest wine first. The 1929 Lafite was at first rather closed and slightly musty but it opened beautifully with a brief display of fragile fruit and floral characters. Within 20 minutes the wine had completely collapsed and tasted of old cigar buts.

The golden years for decanters must surely have been in the 18th and 19th century before winemakers were able to effectively clarify wines most of which would throw a sediment. Today, it is becoming increasingly fashionable to replace fining and filtration with a message on the back label warning that the wine might need decanting.

To test the merits of aeration I have, on a couple of occasions, aerated a wine before serving it blind alongside the same wine that had been freshly poured, and invited students in my class to choose a preference. The aerated wine won by a narrow margin in both cases. “Not much difference” was the response from most of those who took the test.

I favour Peynaud’s approach. I seldom aerate wines before tasting them in a large glass, which I swirl vigorously to chart the change, if any. A movie reveals more about a wine than a simple snapshot.

One thought on “Should wine be decanted?”