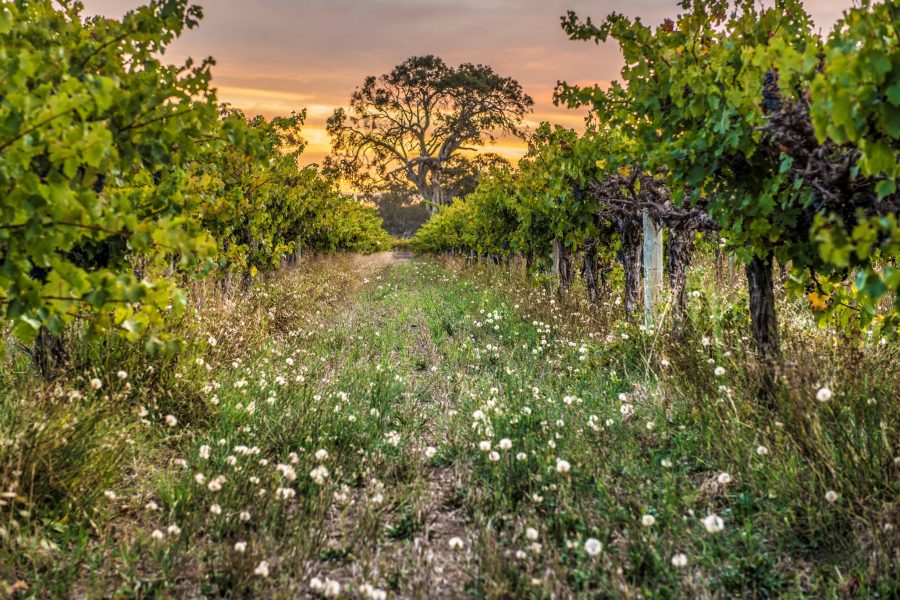 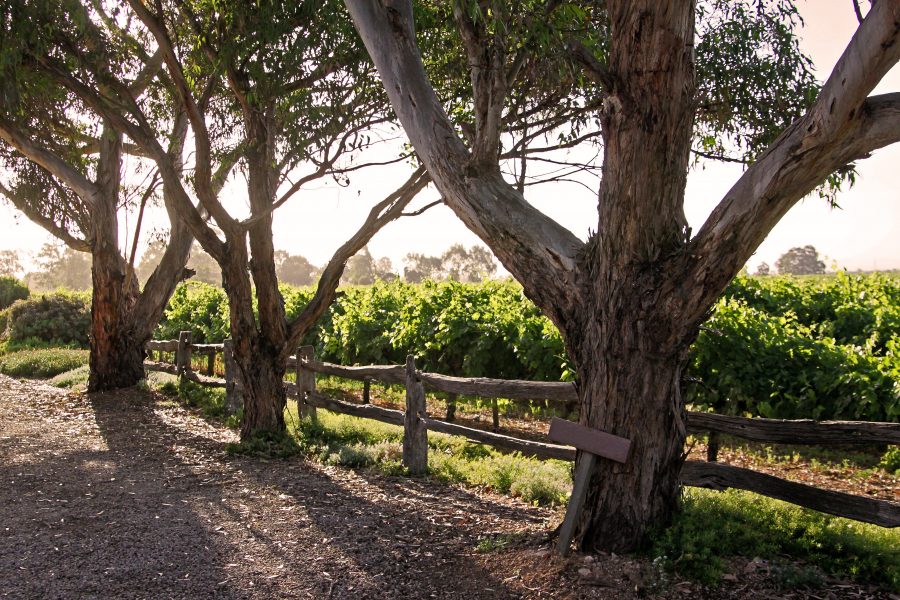 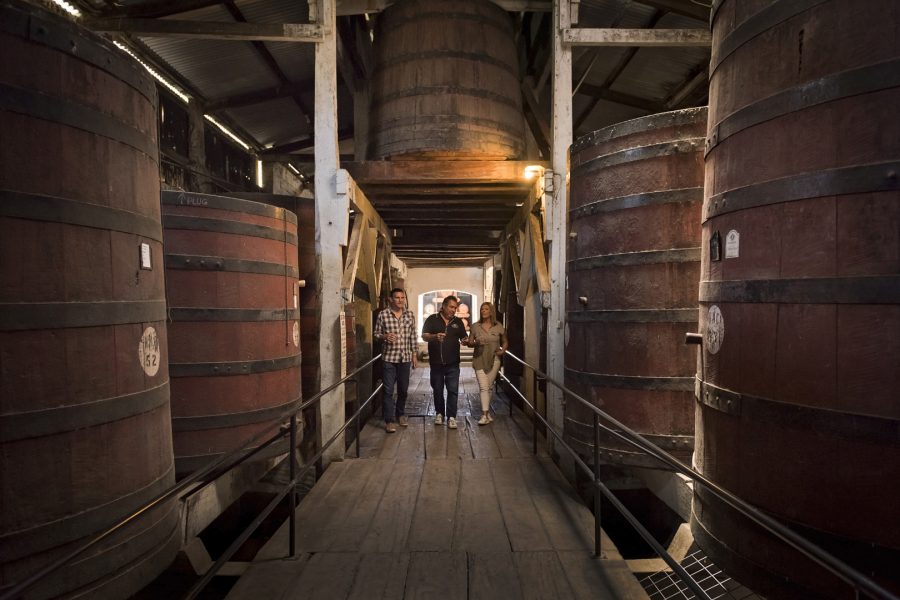 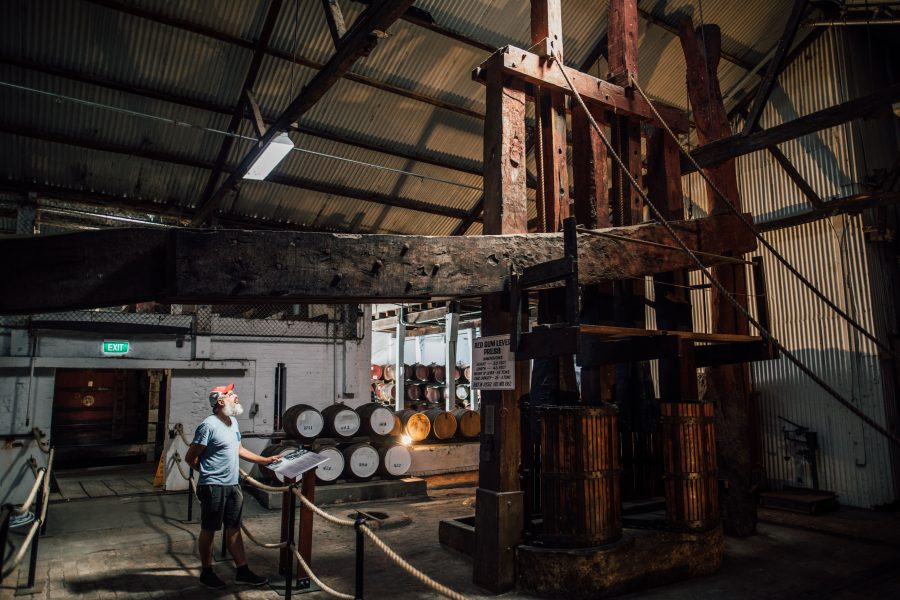 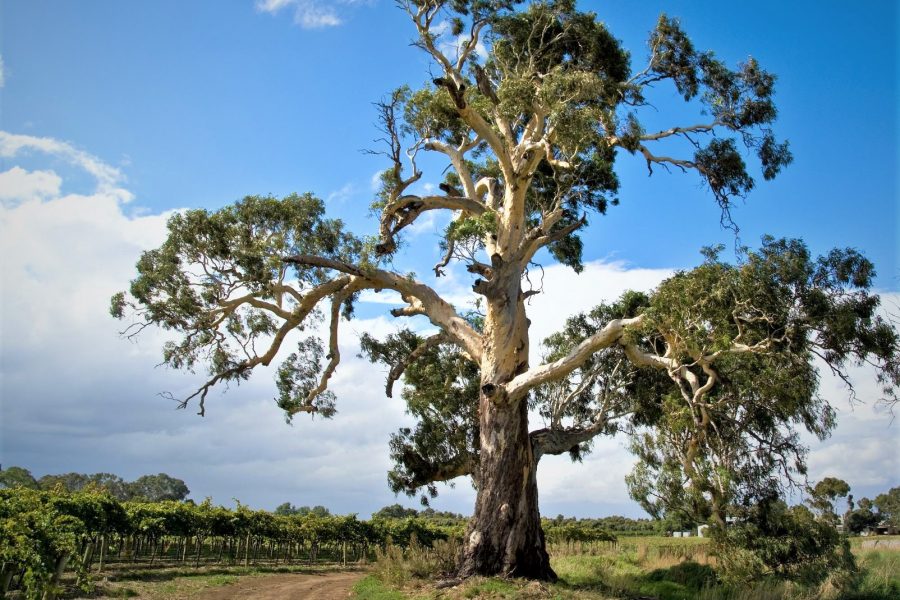 At a recent gathering of wine-nerds, a fortified wine was served at the end of an options game evening. It was obviously very old, and in the absence of any clues, the tasters were guessing it was possibly a Madeira, a Portuguese vintage port, or a similar style of long wood-aged fortified sweet red from the south of France—think Maury, Banyuls, Rivesaltes.

When revealed as Australian, most people guessed it was Barossa or McLaren Vale. Wrong again. Langhorne Creek!

Langhorne Creek produces not only great wine but great value for money wine.

All agreed it was a sensational wine, nearing the end of its drinking window. Those were the days, when Stonyfell (later amalgamated with Saltram) produced a Metala Vintage Port, in addition to its still-popular Metala Shiraz Cabernet. The year? The great vintage of 1971. Fifty years and still going strong.

The historic Metala vineyard is still producing grapes and still owned by the Adams family, and Treasury Wine Estates still makes a Metala Shiraz Cabernet, dumbed-down somewhat to an AUD $23 price-point. But, alas, the vintage port went the way of the dinosaur long ago.

Langhorne Creek has a long and distinguished history as a premium wine region, especially for dry reds and fortifieds.

Today it’s flourishing but, even so, there are only eight cellar doors that we can visit. Astonishing for a region that grows as many tonnes of wine grapes each year as the Barossa. How can this be?

The key reason is that this region, just a short drive south of Adelaide, perched on the north side of the Murray River mouth, has been used as a milch cow by the South Australian wine industry. Most of its grapes were trucked out to wineries located in other regions such as the Barossa, where the wine was often blended with that of other regions.

At a time when provenance was not front-of-mind for wine-drinkers, the origin of the fruit in these blends was seldom acknowledged on labels. It’s still happening. Jacob’s Creek for instance just acknowledges “Wine of Australia”. As a result, there have always been very few wineries and cellar doors.

Bleasdale, the region’s original winery, established by the Potts family in 1850, has been the flagship winery all along and is still a quality leader for the region. Its winemaker Paul Hotker may be the only Jimmy Watson Trophy winner to hold the trophy for two years, as there was no Melbourne Wine Awards judged in the pandemic year 2020. Bleasdale won the trophy in 2019 with its 2018 Wild Fig Shiraz Grenache Mourvèdre—amazingly, an AUD $20 bottle of wine.

The feat underlined the fact that Langhorne Creek produces not only great wine but great value for money wine. 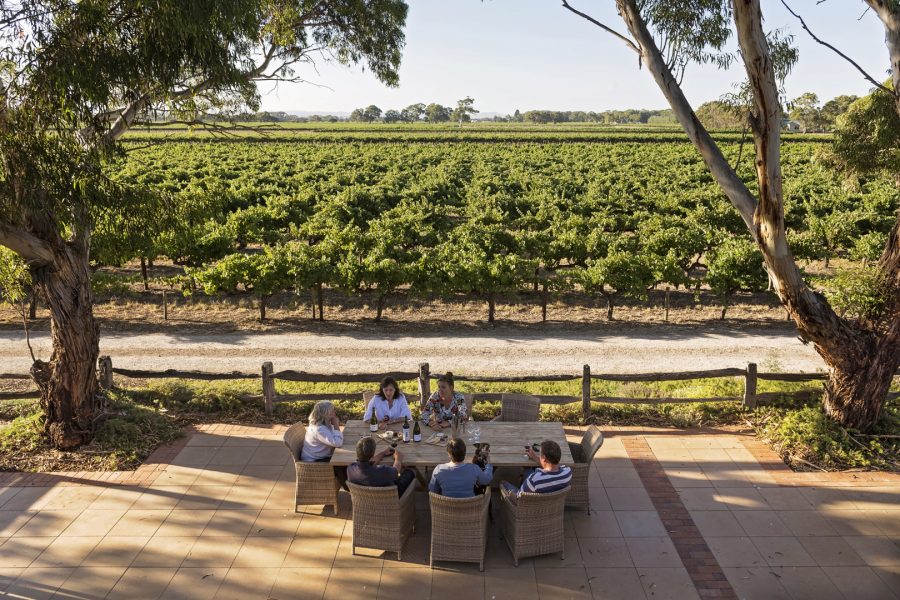 Wine in the vines at Lake Breeze. Langhorne Creek Grape and Wine Incorporated 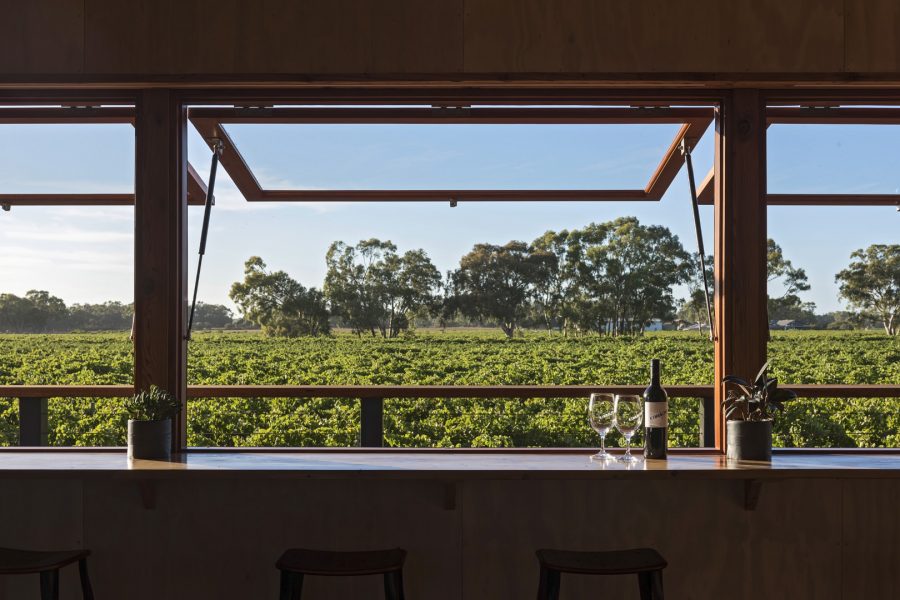 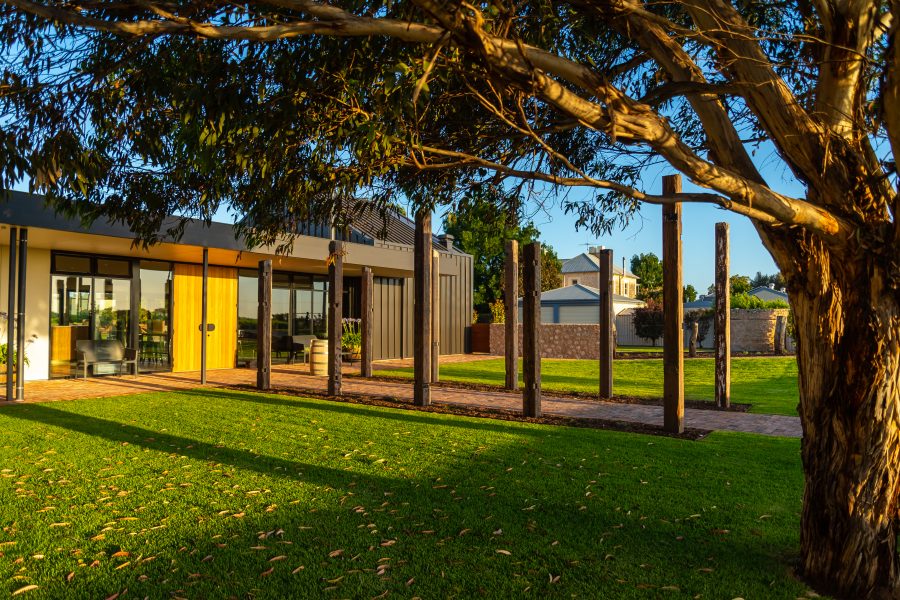 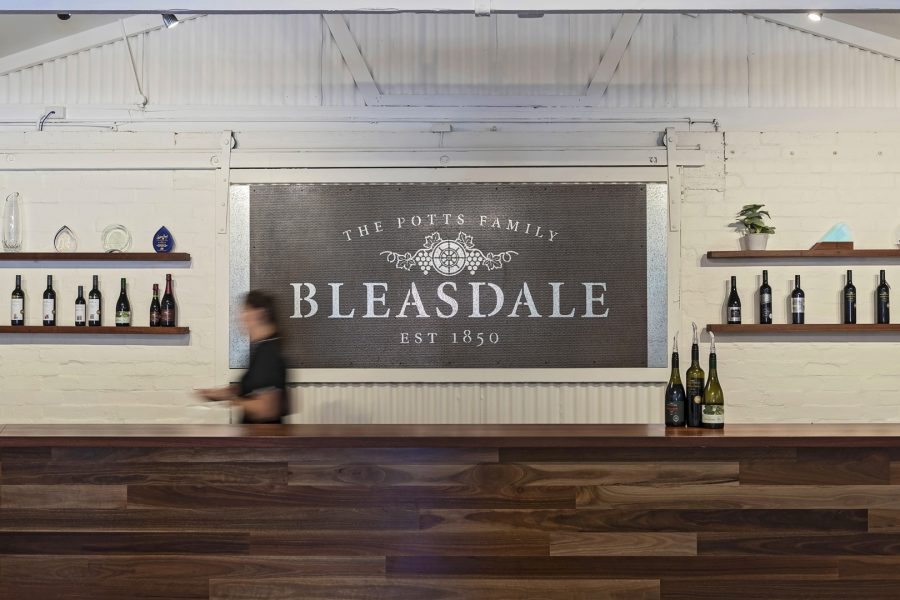 Leading wineries are Lake Breeze, Bremerton Wines, Angas Plains and Kimbolton. Brands that lean heavily on (fully acknowledged) Langhorne Creek fruit include Zonte’s Footstep, Heartland, and of course Wolf Blass—the man who arguably did more to put the region on the map than anyone else in the latter half of the 20th century.

Newer brands to showcase ‘the Creek’ grapes include Ponting Wines and Backline Wines, both of which are produced by Ben Riggs’s team and both ride on the backs of sporting heroes, former Australian cricket captain Ricky Ponting and a trio of former Wallabies backline rugby players.

Today, Langhorne Creek has 5,924 hectares of vines, as of April 2020. This is up by about 100 hectares from five years ago and, of the increase, the most planted variety is cabernet sauvignon.

In total, shiraz is the most planted vine, with cabernet very close behind. These two make up 72% of all plantings. White varieties are just 14% of the planted hectares, with chardonnay well clear in the lead. For white grapes, many ‘Creek’ producers look to the cooler Adelaide Hills, which is conveniently close by.

Langhorne Creek’s average grape production is similar to the Barossa Valley’s, the big difference is that shiraz is much more dominant in the Barossa, while Langhorne Creek is equally favourable for cabernet and shiraz.

Traditionally, the big companies have dominated the market for Langhorne Creek grapes but in recent times smaller, more individualistic wineries are increasingly interested.

Star McLaren Vale-based winemaker Stephen Pannell, of S.C. Pannell Wines, has begun sourcing grapes for several wines including his montepulciano and fiano. The fruit comes from the Kimbolton vineyards, which also supply montepulciano for Sam Scott’s La Prova and Alpha Box & Dice. This grape is believed to have high potential in the region.

Tom Keelan and David Blows have mainly used Adelaide Hills grapes for their The Pawn Wine Co wines, but have lately begun using some Langhorne Creek fruit. The Pawn’s The Sicilian Defence Fiano has rated well at The Real Review.

Langhorne Creek is a region with a past that’s looking very much to the future.

As a way to attract ‘emerging’ winemakers, the regional body Langhorne Creek Grape and Wine Incorporated invited several winemakers outside the region to join Project 5255 (that’s the town’s postcode). As a result, three winemakers who hadn’t used Langhorne Creek fruit before were gifted two tonnes each to make a wine for their own portfolio. Charlotte Hardy of Charlotte Dalton Wines made a fiano, Turon White of Turon Wines made a grenache and Rob Mack from Aphelion made a malbec. These promise to be full of interest.

“The region has really got behind Project 5255, which was instigated to create new markets for our fruit and wines. Given it’s an old established area with longstanding family ties, it seemed a good idea to get emerging winemakers in to take a fresh look at the quality and potential of Langhorne Creek fruit.

“It’s a project we are really excited about and the wines are very smart.”

That the region is really starting to flower can be seen in the money that’s been spent recently on new visitor facilities at three wineries. Kimbolton has a contemporary-style cellar door made from re-purposed shipping containers (re-routed from China?), complete with a rooftop deck overlooking the vines.

Bremerton has a new cellar door facility opened just weeks ago and Lake Breeze in February opened a large function centre attached to its cellar door. Millions of dollars have been invested.

“All eight cellar doors in the region are busier than they have ever been before,” Goldsworthy enthuses.

All they need is an outlandish building along the lines of the d’Arenberg Cube in McLaren Vale or Seppeltsfield’s new hotel in the Barossa.

In other news, Sarah Keogh, the viticulturist at Bleasdale, received a Nuffield scholarship to unearth new technologies to better manage and improve irrigation in light of a gradual increase in the number of days of 40-degree heat.

And the region has received a grant to develop a regional response to Wine Australia’s Climate Atlas. This will form the basis of future viticultural directions against the background of climate change.

Langhorne Creek: a region with a past that’s looking very much to the future.

4 thoughts on “Introduction to Langhorne Creek”