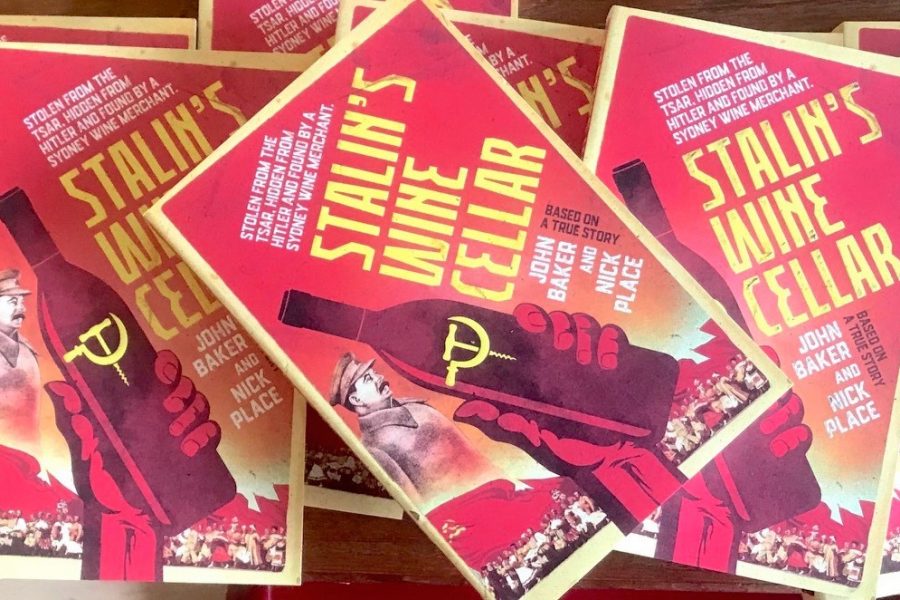 Stalin’s Wine Cellar is simply the most riveting wine book I’ve read for years. It’s about a massive underground cellar of over 40,000 bottles hidden in Georgia, the former Soviet state.

If a book about wine could ever be a page-turner, this one is.

The stash was owned by Josef Stalin and originated with the last Tsar of Russia, Nicholas II, and his father Alexander III, confiscated after Nicholas and his family were executed. It was hidden by Stalin in Tbilisi, Georgia, near Stalin’s birth-place, when he feared Hitler would invade Russia and confiscate the collection.

It has been lying in a deep, dark, damp cellar for more than 70 years. The collection is top-heavy with over 200 bottles of Château d’Yquem, other great Sauternes, and the top châteaux of Bordeaux, from vintages stretching back 150 years. It’s a vinous treasure trove that is probably unequalled in the world, and what makes the story even more unexpected is its discovery by a couple of Sydney wine merchants.

Some readers will already have read the extract by the author John Baker in The Australian’s Weekend Magazine, and heard his interview on ABC Radio National, as I had. But, fascinating as those preliminary tastes of the story were, the book way surpasses them for its drama, strangeness and entertainment value.

John Baker is a NSW-based wine merchant who owned and managed several up-market shops in Sydney, most notably Double Bay Cellars (pre-Vintage Cellars takeover), Quaffer’s Choice at Epping and later, the importing company Bordeaux Shippers. He and his mate and former employee Kevin Hopko are central to the story.

They travelled to Tbilisi where they inspected the cellar, handled, documented and even tasted some of the ancient wines, and attempted to negotiate the extraction of the cellar and its sale through one of the world’s leading wine auction houses. Along the way, they had many adventures. Members of Georgia’s shady, gun-toting underworld are involved.

If a book about wine could ever be a page-turner, this one is. In fact, the only wine book I can recall reading that ranks with it for pacy, thriller-style writing is The Billionaire’s Vinegar.

One of the devices that makes it so compelling is the clever use of direct quotes, which brings the characters and events to life. The quotes would have to be mostly, if not all, invented as recording all the conversations going back 20 years would have been impossible. So the book is as much a novel as a precise narrative, and the words “Based on a true story” in small print on the cover are significant.

I won’t tell you how the story ends. That would be a terrible spoiler. But I wholeheartedly recommend it.