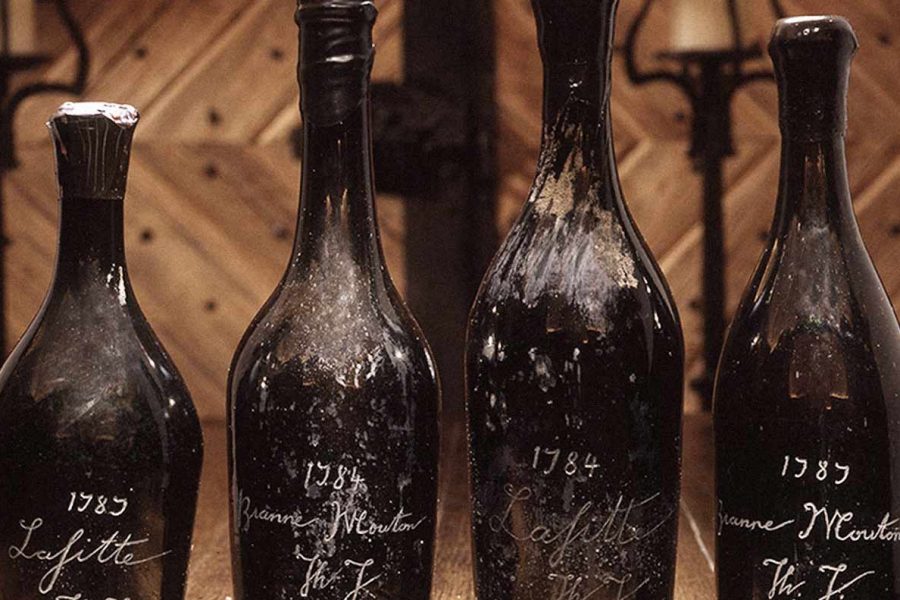 Wine fraud is a phenomenon with an enduring fascination. In May this year, German wine collector Hardy Rodenstock, long suspected of wine fraud, died and with him went the secret of the supposed hidden Parisian wine cellar in which he claimed to have discovered bottles of wine from the late 1700s that had been owned by Thomas Jefferson. The story is masterfully told in Benjamin Wallace’s great book The Billionaire’s Vinegar.

More recently, Cesium 137 from nuclear fallout is being used to date wine and has helped detect wine fraud.

Carbon 14 dating is the method archaeologists use to establish the age of organic materials, such as plants and animals, and plays a key role in our knowledge of the dates of prehistory – the end of the last Ice Age, the demise of dinosaurs, the eruptions of volcanoes, etc.

More recently, Cesium 137 from nuclear fallout is being used to date wine and has helped detect wine fraud. The infamous case of Rodenstock’s so-called Thomas Jefferson bottles involved Cesium 137 testing. The tests did not absolve Rodenstock from fraud, but did prove these wines were bottled before 1945.

The nuclear age began in 1945 with the dropping of atomic bombs on Hiroshima and Nagasaki, introducing Cesium 137 to the atmosphere for the first time. Subsequent accidents at Chernobyl and Fukushima have added to the atmospheric Cesium 137 presence, which will assist the dating of wine and other things into the future.

A recent article in The Smithsonian magazine reported on recent French testing of Californian wines bottled after the 2011 Fukushima disaster. They were found to contain twice the pre-2011 levels of Cesium 137, but readers were assured the levels were still far from dangerous.